AKER SOLUTIONS HAS BEEN SPLIT 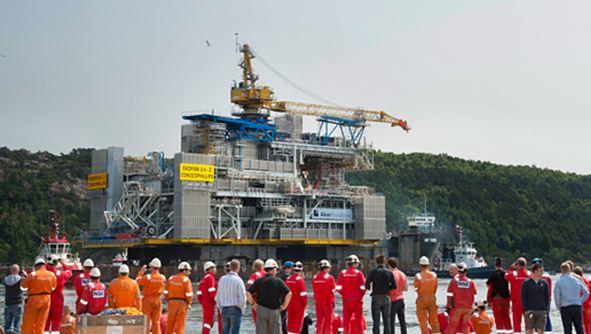 AKER SOLUTIONS HAS BEEN SPLIT

Aker Solutions started trading on the Oslo stock exchange as a leaner and more streamlined company that will build on its strengths in the subsea and field design markets.

The company emerges after a spin-off of the Subsea, Umbilicals, Engineering and Maintenance, Modifications and Operations (MMO) businesses of the former Aker Solutions, which has been split into two separate entities to reduce complexity, realize synergies and bring down costs. The other company formed in the separation is Akastor, an oilfield services investment business that will develop the former group's other units, including Drilling Technologies.

"The split creates a simpler and more focused Aker Solutions that is better positioned to meet the needs of customers in an increasingly competitive global energy industry," said Luis Araujo, chief executive officer of Aker Solutions. "We will build on our leading positions in subsea and field design through a commitment to operational excellence, organic growth and capital discipline that will boost shareholder value."

Aker Solutions is now more streamlined to focus on deepwater and subsea oil-services, some of the fastest growing markets in the global oil and gas industry. Its business areas also have operational, commercial and strategic similarities, allowing for a swifter realization of synergies as the subsea and field design areas share the same customers and main markets. The company's strategy will be simpler and focused on value creation through technological development, organic growth and operational excellence. Aker Solutions will be uniquely positioned to design, build and maintain the future subsea production factory. It will build on its expertise within project execution and offshore field design.

The company is well positioned to capture growth, both in subsea and field design. It's present in all major offshore oil and gas markets including Norway, the U.K., Brazil and West Africa. It's also deeply involved in some of the world's biggest projects, such as the giant Kaombo subsea development in Angola and the huge Johan Sverdrup project in Norway. The company had a record order backlog of NOK 54 billion at the end of the second quarter.

"We are winning market share in subsea, particularly in Brazil and West Africa, and we are the leader in offshore engineering and maintenance and modifications services in the North Sea market," said Araujo. "This provides us with a robust growth outlook that's supported by a record backlog."

Aker Solutions is in the midst of adjusting its capacity to a slowdown in the MMO market in Norway. The company is doing its utmost to avoid redundancies by moving people to other business areas, including a subsea hub being established in Stavanger. Other employees have been offered a transfer to a manning agency that actively seeks to find them new positions.

"Capital discipline is the most crucial driver for oil exploration and production companies right now and we expect this to remain tight over the next one to two years after which we anticipate a new wave of projects," said Araujo. "There are many exciting projects being worked on, including Johan Sverdrup, and there is rising demand for our MMO services in other parts of the world, such as Canada and the UK, where we recently secured a maintenance and modifications services contract from Statoil for the Mariner oilfield development."

The company, which is trading under the ticker AKSO, today listed 272,044,389 shares on the stock exchange.