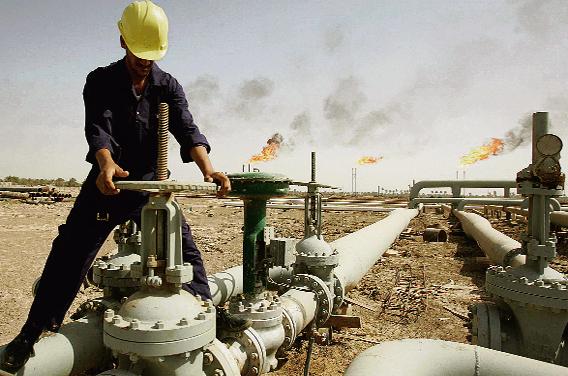 The European Union is looking for alternative gas supply sources as a result of Russian involvement in the Ukrainian crisis and it now seems that it may be looking towards Iran to fulfil this need. Russia is the largest supplier of gas for the EU but after the sanctions enacted by the EU against the country, based on its annexation of Crimea and support for separatists in eastern Ukraine, the EU runs the risk of falling victim to Russia's use of gas as a political weapon.

An anonymous source from the European Commission that is involved in the development of EU energy strategy told Reuters that the EU is considering, first of all, lifting its sanctions on Iran over its disputed nuclear programme and, second, discussing the pipeline infrastructure that is needed to transport Iranian gas to Europe. The EU had tightened sanctions on Iran in 2012 by imposing an oil embargo and restricting the country's access to financial services and energy technologies.

A paper prepared for the EU's Directorate-Generale for External Policies of the Union following Russia's annexation of Crimea stated, "High potential for gas production, domestic energy sector reforms that are underway, and ongoing normalisation of its relationship with the West make Iran a credible alternative to Russia". The document also indicated that current sanctions and large infrastructure deficiencies inhibit Iran's ability to act as an alternative supplier in short term.

The European Commission source also remarked that a rapprochement between Iran and the West is being observed nowadays. The source also pointed out that Iran's new ambassador to Germany, who was appointed in July and is the EU's main point of contact with the Iranian government, is a former member of Iran's energy ministry. During a Tuesday meeting in New York with President of Austria Heinz Fischer ahead of the 69th UN General Assembly meeting, Iranian President Hassan Rouhani has said that the Islamic Republic can be a reliable supplier of energy to Europe, adding that Tehran is ready to deliver gas to European countries via Austria.

Amir Handjani, an independent oil and gas specialist working in Dubai commented on Iran's position, "Iran is trying to position itself in Europe as an alternative to Russian gas. It's playing a very sophisticated game, talking with Russia on the one hand about cooperation on easing sanctions and also talking to Europe about substituting Russian gas with its own."

The most visible route for importing Iranian gas to Europe would be via Turkey due to its geostrategic position. This option would also less politically controversial than transporting the gas by way of the Persian pipeline. Independent feasibility studies indicate that Iran could supply 10-20 billion cubic meters (bcm) of gas per year to Turkey and Europe by the early 2020s if sanctions were eased and if investments were promptly initiated.