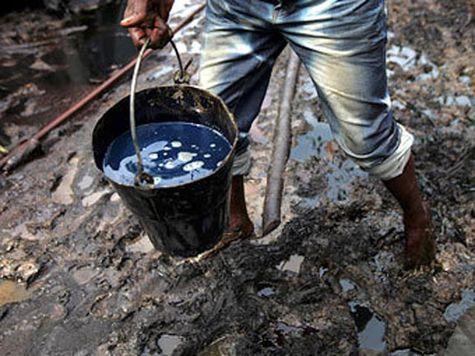 For signs of how the U.S. shale boom is transforming the global flow of oil, look halfway across the world at South Korea.

The Asian nation, which relies on the Middle East for about 86 percent of its oil imports, is benefiting as new output from Texas to North Dakota displaces the crudes that fed U.S. refineries for decades. South Korea received this month a shipment of Alaskan oil for the first time in at least eight years and may buy more, the importing company said. The country was one of the first to receive a cargo of the ultralight U.S. oil known as condensate after export rules were eased.

"The import burden for the U.S. has come down over the last few years," Virendra Chauhan, a London-based analyst at Energy Aspects Ltd., said by phone Oct. 29. "A lot more crudes have become available to flow east into countries such as Korea."

South Korea, which imports about 97 percent of the supplies used to satisfy its energy needs, receives more than a third of its oil from Saudi Arabia, the world's biggest crude exporter and the largest member in the Organization of Petroleum Exporting Countries.

Its purchases from other OPEC members are declining. Crude imports from Iran fell to 4 million barrels last month, 27 percent below the five-year average, according to data from Korea National Oil Corp. compiled by Bloomberg. Libyan supplies declined 55 percent last month from August, while shipments from Iraq dropped by 16 percent.

The Middle East and North Africa, home to eight OPEC members, have been rife with political instability and potential threats to oil supplies since 2011. Libyan leader Muammar Qaddafi was ousted and an uprising against Syrian leader Bashar al-Assad began in that year. In 2014, Islamic State militants routed the Iraqi army in the north, raising concern they were a danger to oil fields in the country's south.

The U.S. imported 7.6 million barrels a day in July, 9.7 percent below the five-year average, according to the Energy Department. The country will export more energy than it imports by 2025, Wood Mackenzie Ltd. said this month.

As shipments from traditional suppliers shrink, crudes from the Americas and Africa are making their way to South Korea. Bogota, Colombia-based Ecopetrol SA sold its first cargo of Castilla Blend crude to South Korea this month and the country's refiners this year imported the first Ecuadorean oil since at least January 2010.

Starting next year South Korean refiners can receive a tax rebate of as much as 16 won (2 cents) per liter (0.26 gallon) of refined fuel sold domestically derived from non-Middle East crude, according to the Petroleum and Petroleum-Alternative Business Act signed into law in September by President Park Geun Hye.

"South Korean refiners are testing different crudes to cut their expenses as their profits are suffering," Lee Chung Jae, an analyst at KTB Securities Co. in Seoul, said by phone on Oct. 28. "Refiners will need to figure out if the subsidies they get will take away the additional costs they needed to pay to get crude from outside the Middle East."

The U.S. Commerce Department in June opened the door to more U.S. oil exports as long as the crude is lightly processed, tempering the impact of a law that's banned most overseas petroleum shipments for the last four decades. Condensates have been abundant in shale formations during the drilling boom, leading to oversupply on the U.S. Gulf Coast.

SK Innovation Co., South Korea's largest refiner, bought 400,000 barrels of the U.S. condensate for delivery next month from Mitsui & Co. and is seeking to purchase more, a company official said on Oct. 2.

"Companies need to get qualified products," Kim Seung Woo, a senior analyst at Samsung Securities Co., said by phone on Oct. 28. "But as long as the prices are right and there's a guarantee that companies are getting the products they need, they will want to diversify supplies to reduce risks."

GS Caltex Corp., which unloaded 800,000 barrels of Alaskan North Slope crude this month is considering whether to buy more of the grade, according to a company official. U.S. West refineries, traditional buyers of Alaskan oil, are turning to other North American crudes.

To defend market share, Arab producers are cutting prices instead of reducing output because their ability to influence the value of benchmark crudes is waning as U.S. shale production boosts global supplies, according to Goldman Sachs. The bank cut forecasts for Brent and West Texas Intermediate this week, saying a decline in benchmark U.S. prices would need to fall to $75 a barrel to slow the growth in output.

The joint venture helps ensure a market for Saudi oil and limits the amount of new crudes and suppliers refiners can choose from, Ehsan Ul-Haq, a senior market consultant at KBC Energy Economics in Walton-on-Thames, England, said by phone on Oct. 27.

The hunt for more oil suppliers goes on. Crude may flow from Canada to South Korea after the two signed a free-trade agreement in September that removed a 3 percent import duty on oil. JBC Energy GmbH said last month the Asian nation's refiners were beginning to show interest in Canadian grades.

"It is because of huge demand for crude in Korea," International Energy Agency Executive Director Maria van der Hoeven said Oct. 27 in Singapore. "They would like to diversify their sources and that's a very legitimate wish."