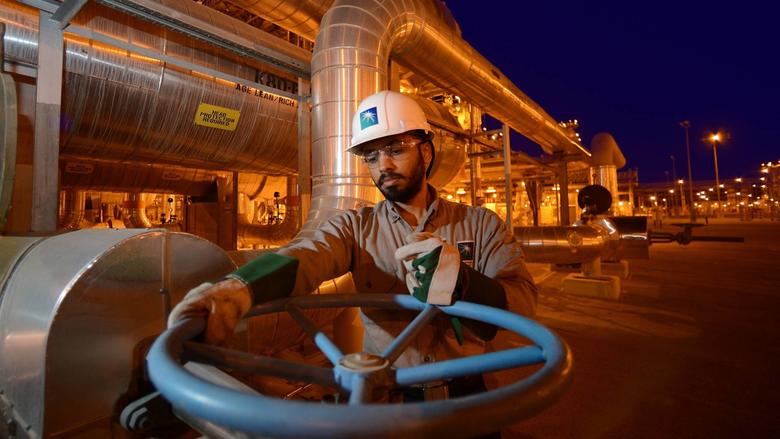 After OPEC's announcement last week that it would not be cutting production, oil prices fell dramatically. Given the significant global oversupply due to the U.S. shale oil boom and decreased demand in China and Europe, this decision marks an historical moment in which OPEC relinquishes its supply-based approach to price manipulation and embraces a market-based approach. Wisely, the organization has shown that it is aware it can no longer dictate oil prices by attempting to control the market.

As the leader of OPEC, Saudi Arabia is the engineer of this new approach. Indeed, at the OPEC summit the kingdom blocked calls from OPEC and non-OPEC producers, such as Russia, Venezuela, Mexico and Iran, who were urging production cuts in the hopes of raising prices in order to stabilize their oil revenues. It is important to understand why Saudi Arabia is so staunchly advocating this new market-based approach.

The kingdom holds about 25 percent of the world's oil reserves, 85 percent of global spare production capacity, and is the world's largest crude exporter by far. Through a series of strategic assessments over the past year, the Saudis determined that their best mid- to long-term objective is to sustain market share by allowing the price of oil to drop to a level that better reflects the realities of the global markets. Further, they will be able to operate in an environment over the next three to five years that could see prices fall as low as $60 per barrel.

Lower prices are acceptable to the kingdom because of a well-managed foreign reserves portfolio that over the past ten years has permitted its central bank, SAMA, to accumulate over $750 billion in assets. Saudi Arabia holds about another $150 billion in various government funds, such as the Public Investment Fund. Thus, with $900 billion in foreign reserves (third only to China and Japan), no foreign debt, and a miniscule public debt of under 3 percent of gross domestic product, the kingdom's public finances are incredibly resilient.

Such is not the case with various other oil-producing countries. Russia, Venezuela, Mexico, Iraq, Iran and Nigeria all opposed the Saudi decision because their government coffers are struggling greatly to overcome the loss in oil revenues. Most of these nations have small foreign reserves, their economies are stagnant or shrinking, and many of them face severe civil unrest.

But Saudi Arabia knows that the landscape of global oil production is changing. In short, the North American shale oil boom is decreasing the importance of traditional producers and creating increased global supply. The kingdom, confident of and able to trust the free market, firmly believes this trend should be supported. Not only has it helped ease fears of overdependence on Middle Eastern crude, but as Saudi Aramco's CEO Khalid al-Falih recently said: "Oil is going to be the fuel of choice, in terms of its overall performance, for an extended period of time, and we need to manage it, and we need to invest in it." This means the kingdom's interest lies in an oil market that is stable over the long term, exists in harmony with the global economy, and encourages technology and policy choices that maintain oil's importance. Trusting in the market is the best way to achieve these objectives.

This market-based approach is good for the kingdom's long-term outlook in other ways as well. Lower prices negatively influence two of the kingdom's main adversaries: Russia and Iran. A price war would make numerous future North American shale oil projects uncompetitive due to high production costs and thus relieve some of the competitive pressures on OPEC in the long run. Should prices go as low as $60 per barrel, competitors to Saudi crude – which has very low production costs – will find it hard to maintain market share.

The kingdom's actions last week are going to have a huge effect on the political situation in the Middle East. Iran will come under unprecedented economic and financial pressure as it tries to sustain an economy already battered by international sanctions. The political transformations in Iraq and Syria will also be deeply influenced by the lower prices being fostered by the Saudis. Needless to say, the kingdom has seriously considered the pros and cons of its decision. It is not only cognizant of the present political ramifications, but it is fully committed to a long-term strategy that will preserve its predominance in the global oil trade.

With decades of experience consistently and conservatively managing the most formidable petroleum infrastructure in the world, the Saudi leadership has a unique responsibility toward global economic and financial security. And while the Saudis are now embracing the vagaries of the market, they are also planning ahead. They will continue to massively invest to maintain their 12.5 million barrels per day of sustained production capacity that ensures world energy stability. They remain ready to step in, should there be a global disaster, to stabilize the markets with an average sustained 2 million barrels per day spare capacity potential. And they fully intend to maintain a supply chain that is predictable, secure, and dispersed, so that the global economies can continue to depend on the oil market for their vital energy needs to empower their developments for decades to come.