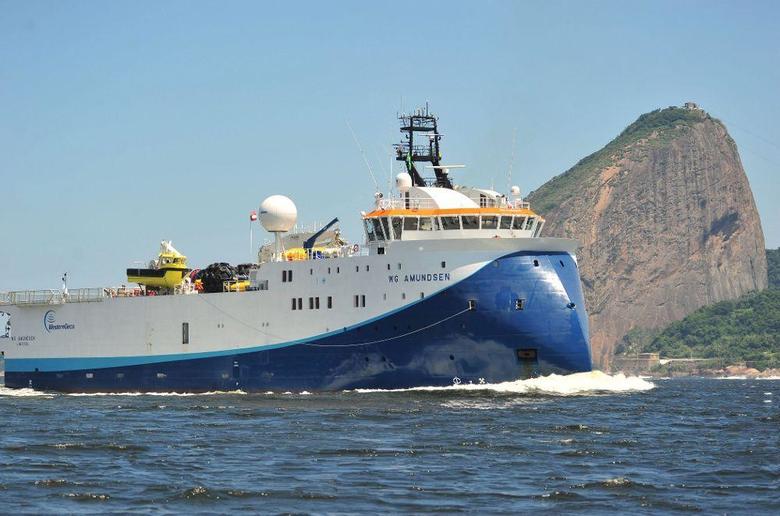 Schlumberger , the world's largest oil services group, is cutting back its fleet for offshore geological surveys and taking an $800m writedown on the value of its ships, in the first significant cutback in the industry following the recent fall in crude prices.

The company also said it was cutting jobs, without giving a number, in response to lower oil prices and expected slower growth in oil exploration and production company spending.

Patrick Schorn , Schlumberger's president of operations and integration, said on Tuesday that the drop in the oil price had brought "a severe reduction in visibility in the short term".

He told a conference in New York that while Schlumberger had not yet seen any specific changes to customer spending plans, "it is already clear that we can expect to see much stronger customer capital discipline and focus on cost".

The company said in a regulatory filing that it was cutting back its offshore seismic survey fleet "due to expectations of lower exploration spending" by the oil and gas companies that are its customers.

WesternGeco , Schlumberger's UK-based marine seismic business, will cut its fleet from 23 vessels at the end of last year to 15 at the end of 2014, through retiring some of the older and higher-cost boats and converting others.

It is taking an $800m charge, mostly non-cash, for writing down the value of the fleet's assets, principally the six vessels that it acquired with the 2007 deal for Eastern Echo.

It is also taking a $200m charge in the fourth quarter for the planned job cuts.

The oil services sector has been a focus of investors' concerns about the impact of falling oil prices, with companies facing a double blow from reduced activity and lower prices for their services.

The offshore oil industry, which uses seismic surveys to look for reserves, is among the higher-cost sources of production, and has been identified by analysts as one of the areas that will be more vulnerable to cutbacks in investment if oil prices remain weak.

In his presentation on Tuesday, Mr Schorn also highlighted the risk to the smaller and midsized companies that have led the shale oil revolution in North America, saying the outlook for activity and service prices would become more uncertain "due to the increasingly negative free cash flow of a number of E & P [exploration and production] companies."

He said: "With oil now at the $70 per barrel level . . . it is even clearer than it was nine months ago that we will have to work in a different way to deliver financial outperformance for ourselves and for our customers."