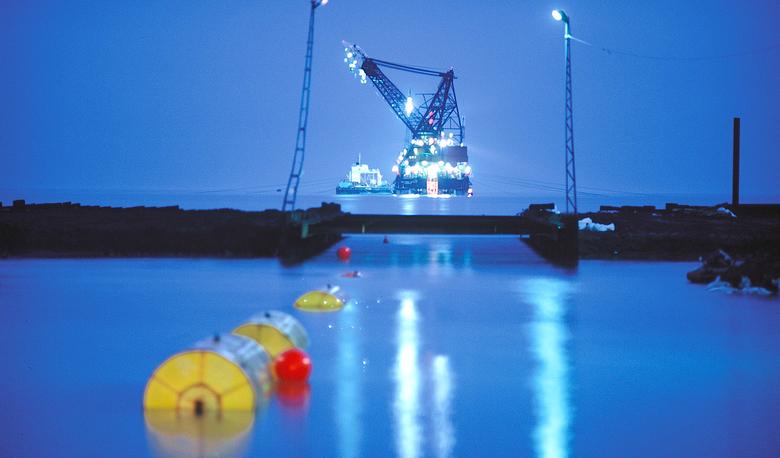 "Partners for the Future!" proclaim the Gazprom billboards that line the main roads into Belgrade – the Cyrillic text imprinted on a bright image of Russian and Serbian flags stitched together.

The advertising campaign was meant to celebrate the growing energy ties between the two Slavic Orthodox nations. But for a Serbian government that has been left bitterly disappointed by the cancellation on Monday by Vladimir Putin of the giant South Stream gas pipeline project, the message is a painful reminder of what might have been.

Since his appointment in 2013, prime minister Aleksandar Vucic has sought to tread a narrow path between advancing his country's EU membership ambitions and attracting Russian investment into Serbia's struggling economy. Following the announcement by Mr Putin, Russian president, the largest part of that strategy appears to have failed.

Instead, Mr Vucic has been left counting the cost as Serbia is caught between Russia and the west in the competition for influence in central and eastern Europe.

Gazprom, the state gas company, has been at the forefront of Moscow's push to expand its influence into the Balkans – a region beset with economic and political difficulties. Belgrade in 2008 agreed with Moscow that the $50bn South Stream pipeline would cross its territory, and in turn sold a controlling stake in its national oil and gas company NIS to a Gazprom subsidiary for €400m. Serbia imports the vast majority of its gas from Russia and is struggling to repay a $224m debt to Gazprom.

Only six weeks ago, Mr Putin told a Belgrade newspaper that construction of the Serbian sections of South Stream would bring $2.5bn of investment to the country, as well as valuable gas transit fees. But while Gazprom's stake in NIS is now worth more than €630m, the eagerly anticipated pipeline will not be built, leaving the Serbian government feeling burnt.

"Serbia has been investing in this project for seven years, but now it has to pay the price of a clash between the great [powers]," Mr Vucic told local television on Tuesday, adding that he would seek urgently to discuss the matter with Mr Putin.

The decision to scrap South Stream came despite a long-running charm offensive directed at Moscow by Mr Vucic and Tomislav Nikolic, Serbia's president. Although Mr Putin has faced isolation internationally following Russia's annexation of Crimea, he was greeted with full military honours on a recent visit to the Serbian capital. Yet still Belgrade learned that Moscow had called time on South Stream only via media reports – they received no advance warning.

The ill-fated pipeline was Moscow's most enticing offering to Belgrade but it was not Russia's only investment. State-controlled Russian Railways is set to refurbish Serbia's creaking rail infrastructure in an $800m scheme, while privately owned oil company Lukoil owns almost 80 per cent of Beopetrol, Serbia's former state petrol retailer. Belgrade also hopes Russian investors will buy some of the 500 state-run enterprises it will seek to privatise next year.

Opinion is divided over whether the end of South Stream will push Serbia's government closer to the EU. To many Serbians, Russia appears to be a familiar country thanks to a shared religion, Cyrillic alphabet, close cultural links and Russia's historical opposition to recognition for Kosovo, the mostly Muslim state that broke away from Serbia in 2008 following a Nato-led military intervention. Belgrade and Moscow have regularly co-operated on votes at the UN, with Serbia abstaining from a March vote that condemned Russia's annexation of Crimea.

"It is a strategy of inconvenience. The aim is to make the EU's life in the region difficult," Ms Dempsey says. The cancellation of the pipeline, she adds, is an opportunity for Europe to renew its commitment to Serbia's EU membership bid.

European investment and trade in the Balkans dwarfs that of Russia. The EU's share of Serbian trade is 63.2 per cent according to the government, compared with Russia's 9.5 per cent. Italy's Fiat opened a large car factory in Serbia in 2001, and vehicle sales to western Europe are now the country's most significant export. By contrast, apples and nylon tights are its top exports to Russia.

But officials in Belgrade are also displeased that EU opposition has contributed to the scuppering of South Stream, and they have resisted calls to join EU sanctions on Russia.

While Serbian officials insist EU membership is their priority, the appeal of Russian gas and investment remains strong. "Our strategic goal is to join the EU, Nebojsa Stefanovic, Serbia's interior minister said last Friday. "But we have historic ties to Russia – we are dependent on Russian energy, in particular gas."

Mr Vucic held out hope on Tuesday that South Stream could still be salvaged. Reconciling competing demands from both east and west looks set to be the prime minister's most significant challenge.