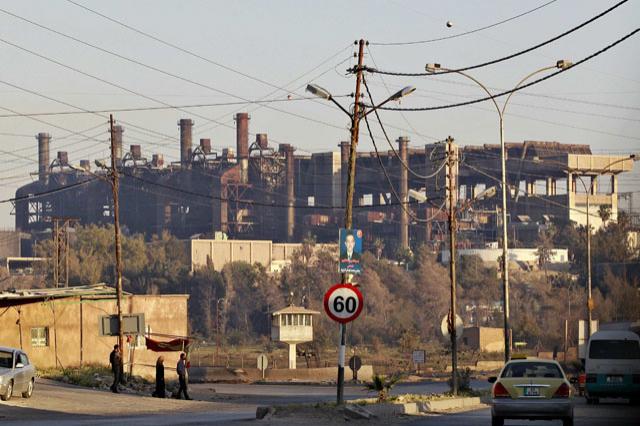 Jordan, which currently imports about 96 per cent of its energy needs costing annually about 20 per cent of the gross domestic product, will not only be able to fulfil its energy needs but will also be capable of exporting energy when a series of energy projects in different areas go operational in 2018.

Production of oil from oil shale in Jordan is expected to start in 2018, initially in small quantities, but will rise gradually every year to reach significant quantities by early 2020.

Meanwhile, the Royal Dutch Shell Plc. is expected to start producing shale oil in 2022. The Dutch company is expected to produce 300,000 barrels of oil from oil shale per day.

The Kingdom will also witness several projects that use oil shale for production of electricity starting 2017.

One of these projects is being implemented by an Estonian-Malaysian consortium, Enefit, which will construct a 460-megawatt (MW) oil shale power plant.

The project is going as scheduled and we are in the process of negotiating the price of electricity to be sold from the project to the National Electric Power Company.

The government is expected to sign an agreement to build a $2 billion oil shale-fuelled power plant this year with a group of Chinese, UAE and Jordanian companies.

In September of this year, the government will select four companies out of 23 short-listed ones to build a 50-megawatts solar power plant each.

All renewable energy projects are to be linked to the grid by 2018. These projects will significantly increase Jordan's electricity production capacity, which stands now at 3,200 megawatts.

According to official figures, Jordan consumed in 2013 around 16.7 gigawatts of electricity, rising by around 7 per cent from the previous year.

Hamed said work on building a terminal for liquefied petroleum gas in Aqaba is going as scheduled and that the facility is expected to be operational in November this year.

In addition, the ministry is awaiting financial and technical offers by companies to build a strategic reserve for petroleum products in Amman and is expected to receive the offers by March 17.

The minister said natural gas supply from Egypt is completely halted as the pipeline exporting Egypt's gas to Jordan has been sabotaged several times and the repair process is not easy in light of the security conditions in Sinai.

Jordan has not received natural gas from Egypt since July 2013 and this has significantly burdened our energy sector and increased energy costs.

After the cut in gas supply, Jordan switched to heavy fuel for power generation, which costs the Kingdom about JD5 million per day.

The cost of diesel, for example, is six times that of natural gas... We hope that the Egyptian authorities will fix the pipeline soon. In fact, we have already asked them to speed up the process because our situation is critical.

We receive about 10,000 barrels of oil per day from Iraq. There are disruptions sometimes due to the security conditions in Iraqi territories bordering the Kingdom. Because of the disruptions, we sometimes receive 20 per cent to 30 per cent less than what we are supposed to receive.

The minister noted that there are discussions at present between Iraq and Jordan to build a refinery in the port city of Aqaba.

We have formed a technical committee comprising officials from the two sides to look into the project and procedures needed to go ahead with the implementation of the scheme.

On the oil pipeline worth $18 billion to export crude oil from Basra to Aqaba, the minister said the two sides are going ahead with the scheme.

He added that there are discussions between Iraq, Jordan and Egypt to extend the pipeline, which will pump one million barrels of oil per day from Basra to Aqaba Port, and then to Egypt.

With all these projects that are already under implementation or in the pipelines, Jordan's energy sector will become promising in the near future.