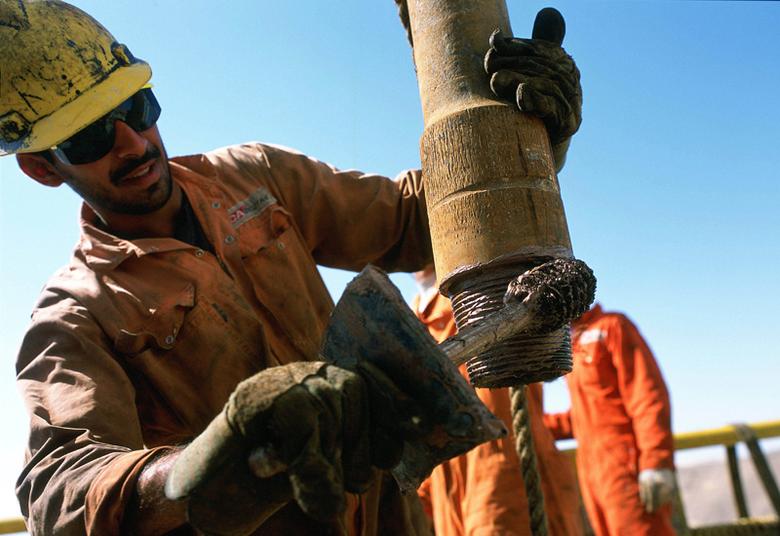 The PDO also announced that it was executing 16 enhanced oil recovery (EOR) field developments and trials. "As the easy oil supplies dwindle, EOR is going to account for an increasing part of our production portfolio. PDO is already a world leader in this area, but we are now redoubling out efforts to ensure we maximise production from our fields," PDO managing director Raoul Restucci said.

In 2013, PDO had ongoing production from four major EOR developments at Marmul, Qarn Alam, Harweel (2AB) and Amal West, which is at an advanced stage of commissioning. The polymer project in Marmul has reached the milestone of 1 million cubic metres (6.3 million barrels) of incremental oil recovery in December.
The Qarn Alam steam project, which employs the mechanism of thermally assisted gas oil gravity drainage recovery -- the first time this has been attempted in a carbonate field anywhere in the world -- is running fully to expectation and produces some 25,000 barrels per day (bpd). In addition, the Harweel miscible gas project showed sustained production levels rising to 30,000 bpd.

PDO 's another breakthrough came at the new pioneering chemical injection trial at Habhab, a large tight oil reservoir with heavy oil, and there has also been a successful steam trial at the installation. In addition, the company has EOR pilots at Fahud, Lekhwair, Nimr, Al Noor, Marmul, Amin and Ghubar.

The company has also made good progress on its three oil and gas "mega projects" at Rabab Harweel, Budour and Yibal Khuff. On exploration, there were very active efforts on the conventional oil exploration front with 12 wells completed and 12 tested.

At the same time, the company attained the best-ever safety record in its history in 2013, despite the fact that staff and contractors worked over 170 million man-hours, an increase of 6 per cent compared to 2012.
Last year, the company created 5,700 In-Country Value (ICV) job and training opportunities for Omanis. It also awarded contracts worth more than $3.1 billion to locally registered firms and broadened its support of domestic businesses.

Meanwhile, there was an intensification of PDO 's social investment activity in 2013 with the completion of 13 projects, including the construction of the Ghabah Health Centre and the signing of eight agreements to invest around $9 million on vital community facilities.

"The year 2013 was a banner year for PDO with excellent achievements across the full spectrum of our operations, but we must not take our foot off the gas. We still face significant challenges, such as the increasing complex and costly nature of our business, an ageing asset base, local employment imperatives and the regional gas shortfall," Restucci said.