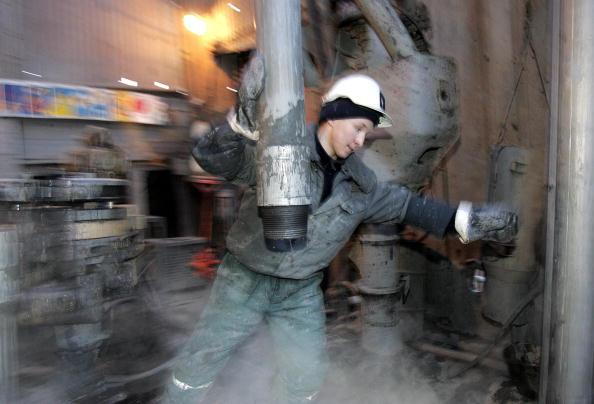 ASIA TIMES. Since returning to office, Japanese Prime Minister Abe Shinzo has made national security reform one of his top priorities. He has introduced a series of initiatives to strengthen the country's defense posture: the creation of a National Security Council, the publication of a National Security Strategy report, promotion of a new defense doctrine, and an increase in defense spending. He

has also undertaken efforts to lift constraints on Japan's security policies: a revision of the pacifist constitution, are-interpretation of the right of collective self-defense, and a removal of the restriction on exporting defense-related equipment.

Those moves have attracted considerable attention. Less noticed, but no less important to Abe's national security agenda, is energy policy. Energy security is of special concern for Japan, a country with few indigenous energy resources. Always important, Japan's energy situation has become an even greater concern after the March 2011 "triple catastrophe".

The accident at Fukushima resulted in the closure of all the country's nuclear power plants, facilities that generated around 30% of its energy supplies. Imports of liquefied natural gas (LNG) ballooned to replace the energy produced by those shuttered plants, and as a result Japan has become the world's largest importer of the fuel, reaching a record US$68.98 billion last year. The nuclear shutdown has transformed Japan's trade balance, contributing to a trade deficit of $112 billion in 2013 and doing great damage to long-term economic stability.

Tokyo has responded to these energy concerns by reinvigorating its diplomacy. Japan has put a priority on efforts to secure a share of the US shale oil bonanza, lobbying hard to get the US Department of Energy (DOE) to change its rules on energy exports. The DOE has obliged, approving the export of US natural gas from four out of six LNG terminals to Japan. Those exports - and perhaps even the approval - were facilitated by Japanese investment in LNG facilities in the US, such as Mitsubishi and Mitsui's investment in the $6 billion Sempra natural gas terminal in Louisiana.

Japan has also deepened cooperation with other energy-exporting countries like Australia, Canada, and Indonesia. In 2012, Japan's largest energy explorer, Impex, invested $24 billion into the Ichthys gas-export development project, one of Australia's most expensive energy projects. Last year, Japan and Canada signed an energy cooperation agreement, marking another milestone in that bilateral relationship. Japan has also invested in new projects in Indonesia, such as the Tangguh project, which has the potential to become one of the country's largest upstream gas projects.

Japan's energy diplomacy has not been restricted to friends and allies as Tokyo has reached out to Russia. Last May, Japan's Impex and Russian oil giant Rosneft signed a preliminary agreement to explore oil and gas reserves in the Sea of Okhotsk.

Japan has even reached out to energy-importing countries in its efforts to secure new energy resources and stabilize the energy markets. Japan and India have conducted a joint study on the pricing of LNG, discussed possibilities of joint tenders of LNG, and called on other importing countries like Singapore and South Korea to join their efforts to lower LNG prices through formation of an "Asian LNG buyers' club".

Japan's energy diplomacy serves several purposes. It lowers Japan's energy bills. If Japan imports LNG from the US, it may be able to cut its LNG bill by 10% and create savings of approximately $6.49 billion.

Japan's energy diplomacy also allows Tokyo to consolidate partnerships with other nations. It has brought Japan closer to the US and its other trade and security partners. Enhancing Japan's energy security is a win-win situation for both Japan and the US, as it strengthens the alliance. Japan is America's key ally and trade partner and continuing to export LNG to Japan would increase US exports and investments. Australian Prime Minister Tony Abbott calls Japan his country's "closest friend in Asia" and has supported Japan's reemergence as a strategic player in the region.

Japan and Canada too have been negotiating a bilateral free-trade agreement since 2012 that would give Japan access to the North American markets through the North American Free Trade Agreement and European markets through Canada's free-trade agreement with the European Union. Strengthening relations with Indonesia, a key power in the Association of Southeast Asian Nations, helps leverage Japan's position within that group.

Finally, it has served as a basis for a new relationship with India. On his recent visit to India, Prime Minister Abe and his Indian counterpart Manmohan Singh agreed to accelerate negotiations on a civil nuclear pact despite their differing views on nuclear weapons and the Nuclear Nonproliferation Agreement. The two have also agreed to continue their joint maritime exercises.

Japan's energy diplomacy has even created a channel for alleviating strategic tensions with countries like Russia. In November 2013, just months after they concluded their energy deal, Russia and Japan held their inaugural "2+2" meeting between the two countries' foreign and defense ministers. Russia is the third country after the US and Australia to hold a 2+2 meeting with Japan and Japan is the first Asian country with which Russia held such talks.

Plainly, energy is as much a diplomatic and strategic issue as it is an economic one. Russia faces new challenges in its energy exports as a result of the diversification of supplies from the US shale gas revolution and Mexico's historic decision to open its state-owned energy market to private investment. The increased competition from other exporters has forced Russia to seek new buyers for its energy supplies and the Asia-Pacific has become a major target.

Although Japan's lack of energy sources is serious, Tokyo has been smart enough to see opportunity in its difficulties. In this sense, Japan's energy crisis can be considered a blessing in disguise. Japan's national security interests and foreign policy objectives rest on its energy security. Deepening diplomatic relations with other countries through the acquisition of energy sources while finding common geopolitical concerns with these countries would be the key to Japan's robust energy diplomacy.