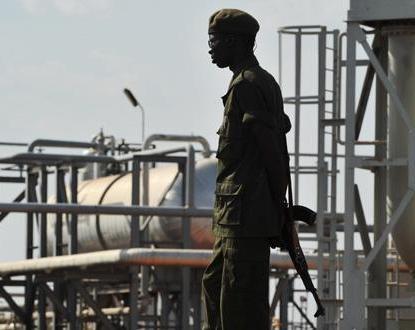 "We have great confidence that the relations are progressing in a better and excellent way and developing in all fields in order to serve the interests of the two brotherly peoples," Jianhua was quoted as saying.

He expressed appreciation for Sudan's efforts to protect Chinese workers in oilfields and hailed Sudan's positive attitude towards the situation in South Sudan.

The Chinese official also said that the meeting touched on the economic cooperation between the two sides.

Bashir for his part conveyed the satisfaction of his country over China's positions in support of Sudan in regional and international forums, expressing hope that the relations between the two countries will serve as a model in all areas.

In a related issue the Sudanese oil minister, Mohammed Awad Makkawi, said that his recent visit to China was successful, during which they reached an agreement on increasing oil production in the country and resolving the issue of debt owed by the Sudanese government to Chinese companies.

The finance minister Sudanese Badr al-Deen Mahmoud who accompanied Makkawi said that they also agreed on transit fees for oil companies in the range of $20 a barrel, which amounts to $600 million a year to the Sudanese government.

Mahmoud also disclosed that the Export-Import Bank of China agreed to allow Khartoum to continue drawing money as part of a loan granted to the Blue Nile Sugar project. He added that they also agreed to hold meetings of the joint committee in November to promote economic cooperation between Sudan and China.

China has been Sudan's largest foreign investor particularly in oil and telecommunications after western firms shunned the East African nation due to conflicts and sanctions.

But a report by Reuters last year cited growing difficulties facing Chinese investments as a result of the deteriorating economy.

China's exports and imports to and from Sudan, which totalled $11.5 billion in 2011, amounted to just $3.3 billion in the January-November period of 2012, Reuters said, quoting official Chinese data.

The drop in oil trade accounted for much of that decline. But even while the oil industry has been shut down trade has continued to fall. In the first five months of 2013, Chinese exports to Sudan fell 8% from a year earlier to $1.7 billion, the data shows.

Sudan has seen its economy take a nosedive after the south became independent in July 2011, taking with it three-quarters of the once united country's oil output.

According to figures from the International Monetary Fund (IMF), the country's GDP contracted by 4.4% in 2012.

The Sudanese pound has lost more than half its value, pushing inflation rates to record levels given that the East African nation imports most of its food.