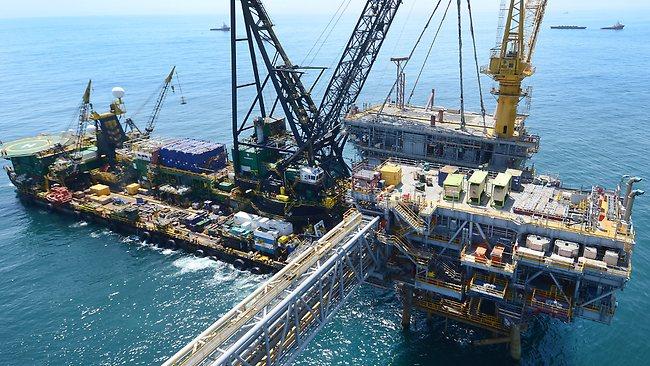 The past winter, which affected much of the U.S. in January and February, pushed Exxon Mobil's average U.S. natural gas sale price up 49 percent, helping offset a dip in global production.

Prices for natural gas rose globally as well, even as the price the company receives for its crude oil slipped both in the U.S. and internationally.

The results surpassed analysts' expectation for profit of $1.88 per share, according to Thomson Reuters I/B/E/S.

Exxon reported weakening margins in both its chemicals and refining units. Part of the dip was due to a cut in production at its 560,500 barrel per day Baytown, Texas refinery after an oil barge spill caused the closure of the Houston Ship Channel in March.

The company made no mention Thursday of Russia's involvement in Ukraine.

Exxon Mobil is building a liquefied natural gas (LNG) plant with Rosneft, Russia's state-controlled oil giant, on Russia's eastern coast. The plant, which Exxon executives have repeatedly said will not be deterred by the Ukrainian political situation, is expected to be online by 2019.

On Wednesday the company raised its quarterly dividend by 10 percent.

Shares of Exxon rose 0.6 percent to $102.98 in premarket trading on Thursday.