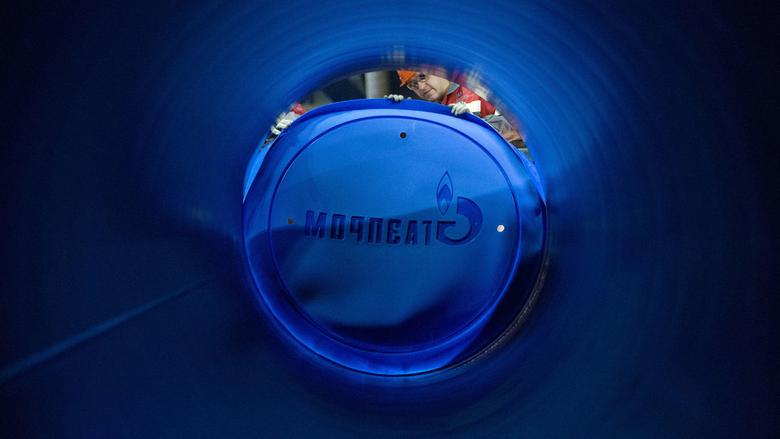 The Group of Seven nations agreed to find new sources of energy and expand their natural gas infrastructure to prevent Russia from using its oil and gas reserves as a "political weapon," German Economy and Energy Minister Sigmar Gabriel said.

The world's leading economies will also increase their efforts to save energy and to use renewable power as part of the agreement, Gabriel said at a press briefing in Rome where G-7 energy ministers are meeting today in Rome. The U.K. government is pushing European countries to expand the use of shale gas.

The European Union's reliance on Russian oil and gas has hampered the global response to President Vladimir Putin's aggression in Ukraine. Russia provides about a third of the EU's oil and gas needs, mainly via state-controlled OAO Gazprom and OAO Rosneft (ROSN) through pipelines that cross Ukraine.

There's "a lot of agreement" and several options to diversify supplies, U.K. Energy Secretary Ed Davey said yesterday in an interview in Rome at the start of the two-day meeting which includes U.S. Energy Secretary Ernest Moniz and EU Energy Commissioner Guenther Oettinger. A news briefing is scheduled for about 3 p.m local time today at the conclusion of talks.

"We're determined after this crisis not to go back to business as usual," Davey said. "Russia has tried to use energy as a weapon on several occasions now, and we've got to learn. It would be completely negligent of the G-7, the EU and our international partners not to read the message that Putin is trying to tell us."

"This issue does bring home the need for greater diversity," said Stephen Schork, president of the Schork Group Inc., a consulting firm in Villanova, Pennsylvania. "This is a wake-up call from the geopolitical standpoint to think globally."

The U.S., whose industry and consumers are benefiting from energy prices depressed by a domestic shale gas boom, can help with gas imports, Obama said in March during a visit to Brussels. The Ukraine crisis means geopolitics may be given some "additional weight" when the U.S. considers whether to grant an application to export natural gas, Moniz said on March 21. Moniz declined to comment before yesterday's Rome meeting.

Liquefied natural gas exports from the U.S. are not expected to flow until late 2015 or 2016, said Anas F. Alhajji, chief economist at NGP Energy Capital Management LLC in Irving, Texas. Infrastrucutre costs for U.S. gas will boost prices in Europe, so the cheapest solution would be to tap shale resources and use pipelines to transport the gas, he said.

"There are no other choices for Europe at this time," Alhajji said. "Everything is about the long run."

The EU's overall energy dependency rate -- the percentage of imports from outside the bloc -- is set to rise to 80 percent by 2035 from the current 60 percent, according to the International Energy Agency.

Oettinger, the EU energy commissioner, said his goal for the two-day talks is to "have a coherent position, to have a common point of view and a common strategy."

One group of countries, which runs in an arc from Estonia in the northeast through Austria and down to Greece in the southeast, gets more than 75 percent of its gas imports from Russia, European Commission data show. Other major suppliers to Europe are Norway, Algeria and Qatar.

"No one expects that we can reduce Europe's dependency overnight," Davey said. "But I think if you see the links with the climate-change package that's already well-developed, there's clearly a lot of investment we can do in everything from energy efficiency to renewables to nuclear, as well as other forms of gas."