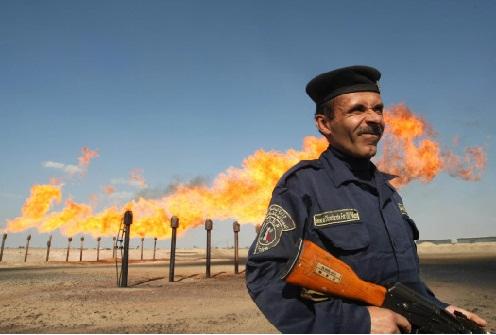 A senior official of the Kurdistan region of Iraq has said the authorities will auction off 1.5m barrels of crude oil held at a storage point in Turkey on Friday in defiance of threats from Baghdad.

The Kurdistan Regional Government (KRG) has clashed with Baghdad after being instructed to accept severe budget cuts. It has shipped its oil production to Turkey despite a ban on exports imposed by Baghdad, which claims its oil ministry must approve all sales and exports.

Iraq is holding its third post-invasion election and Kurdish officials have said they would move quickly to shore up the region's fiscal position in light of the short fall.

"Oil sales will start on Friday," said Bayan Sami Abdul Rahman, high representative of the KRG to the UK. "We have 1.5m barrels of oil in Turkey that we will put on the market and sell. Baghdad is using the budget to control and punish the Kurdish region."

Kurdistan currently produces approximately 200,000 barrels per day (bpd) but analysts at Bernstein believe its output can rise to 2m bpd by 2020, and reach total exports of 1m bpd.