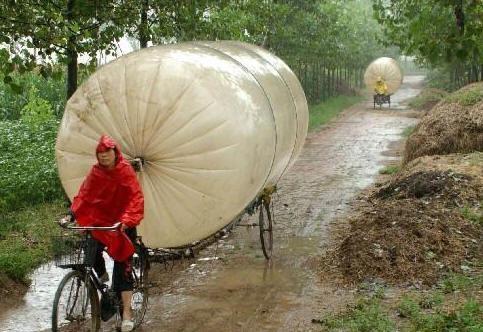 A top Chinese general has lashed out at the US and Japan, accusing the two countries of teaming up against China and making "provocative" comments amid escalating Asian maritime tensions.

Speaking at a defence forum in Singapore on Sunday, Wang Guanzhong, deputy chief of the Chinese general staff, lambasted the US and Japanese defence ministers for telling Asian counterparts that China was using intimidation to assert its territorial claims.

US defence secretary Chuck Hagel said on Saturday that the US would "not look the other way when fundamental principles of the international order are being challenged". He added that China was undermining its claims that the South China Sea was a "sea of peace, friendship and co-operation" by using coercive tactics.

The spat came as US President Barack Obama prepared for a trip to Europe where he will attend a G7 meeting and second world war D-day commemorations. Republican senator and presidential candidate hopeful Ted Cruz on Sunday attacked Mr Obama's foreign policy, saying: "Every region of the world has gotten worse; America has weakened, our enemies have been strengthened."

In the face of mounting efforts by the US and Japan to shore up new security relationships in Asia, Gen Wang said China opposed both the practice of building military alliances and "attempts by any country to dominate regional affairs".

Gen Wang said: "The speeches by Mr Abe and Mr Hagel gave me the impression that they co-ordinated with each other, they supported each other, they encouraged each other and they took the advantage of speaking first . . . and staged provocative actions and challenges against China."

The Shangri-La Dialogue forum has become one of the key defence events in Asia, particularly as China becomes more willing to voice its views. Gen Wang said he had not intended to deliver a critical speech, but felt compelled to respond to Mr Hagel whose speech was "full of hegemony".

This year's event became more heated because of the escalating disputes in the South China Sea and East China Sea. China is embroiled in maritime disputes around the region, including with Manila and Tokyo.

Scores of Chinese and Vietnamese ships are also involved in a stand-off near the disputed Paracel Islands after China started drilling for oil there in early May.

China's neighbours are concerned about the "nine-dash line", a demarcation on Chinese maps that encloses much of the South China Sea, suggesting that Beijing lays claim to most of the resource-rich waters.

Asked to clarify the "nine-dash line", Gen Wang said that while China respected the UN Convention on the Law of the Sea (Unclos), the law did not apply retroactively – a view that is not commonly accepted. He stressed that China discovered many of the Paracels and Spratly Islands, another disputed group closer to the Philippines, more than 2,000 years ago during the Han dynasty.

While Shangri-La is designed to tackle a range of Asia-Pacific security issues, the focus has, in recent years, shifted squarely to China, with most of the participants this year asking China to explain its policies and actions.

Some experts questioned whether a new cold war was emerging in Asia. Anatoly Antonov, Russia's deputy defence secretary, took exception to comments by Mr Hagel that the US was the only power that could lead in the Asia-Pacific region. "Why does the US have to lead? To lead what?"

One Chinese participant said Beijing viewed the forum as a western "set up", but that it attended to ensure its voice was heard. He said China sends a lower level delegation than other countries – which send their defence ministers – to avoid giving it too much legitimacy.