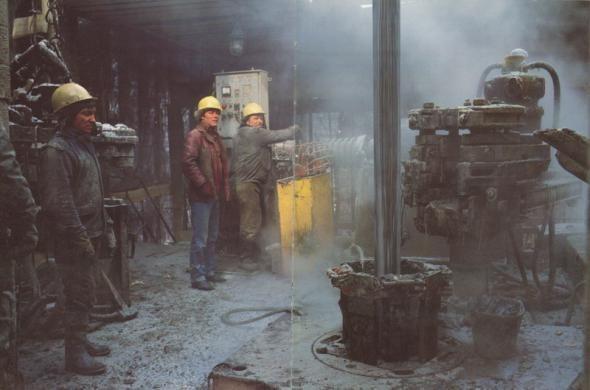 Exports of Russian crude to Europe have slowed as prices weaken and trade flows shift towards China and other Asian markets.

Shipments of the Urals crude grade to northwest Europe from the Baltic Sea for June fell 18.2 per cent compared to the average for all of 2013, according to shipping data tracked by Barclays. Shipments from the Primorsk port were at the lowest in a decade. Meanwhile, Black Sea exports to the Mediterranean declined 10.7 per cent.

Rising tensions in recent months between Russia and the West over the annexation of Ukraine's Crimea have prompted some market participants to make a link between the geopolitical tensions and the shift in trade flows from one of the world's largest exporters of crude.

Earlier this month, China and Russia clinched a new $400bn gas supply deal that provides Moscow with a crucial new export market and stronger ties with its eastern neighbour.

But Miswin Mahesh, an analyst at Barclays, said rather than a "tactical pivot" the shift in direction for Russia's crude oil exports reflected market forces.

"We had expected the price to increase as markets are fairly tight globally. But instead last week Russian crude oil was trading at a huge discount [to Brent]," said Mr Mahesh.

The discount of Russian Urals for delivery to northwest Europe with Dated Brent continued to widen last week, touching $2.59 a barrel.

"The timing of the move coincides with the change in the geopolitical situation, but this is a structural shift," Mr Mahesh said.

Firstly, Russian oil exporters have been eager to diversify away from sluggish markets in Europe and capture higher returns in Asia. Rosneft, Russia's state oil company, has been jostling for access to the Eastern Siberia-Pacific Ocean (Espo) oil pipeline to propel itself into the surging Chinese oil market.

Russian crude exports to Asia through Espo were up 7.5 per cent in June relative to the average in 2013. July's numbers are set to be just as robust, at a record 21 lots – the most since exports began in December 2009.

With Russian oil production barely rising, extra crude flowing to eastern markets has led to a slowdown in exports to other destinations.

"European refineries have been shutting down because of oversupply and weak margins. At the same time China has seen a huge increase in refinery capacity and, naturally, Russian crude has flowed east," said Amrita Sen, analyst at Energy Aspects.

According to the London-based consultancy, Russian oil output fell for the fourth straight month to 10.53 mb/d in May, the longest streak of monthly declines in the last two decades.