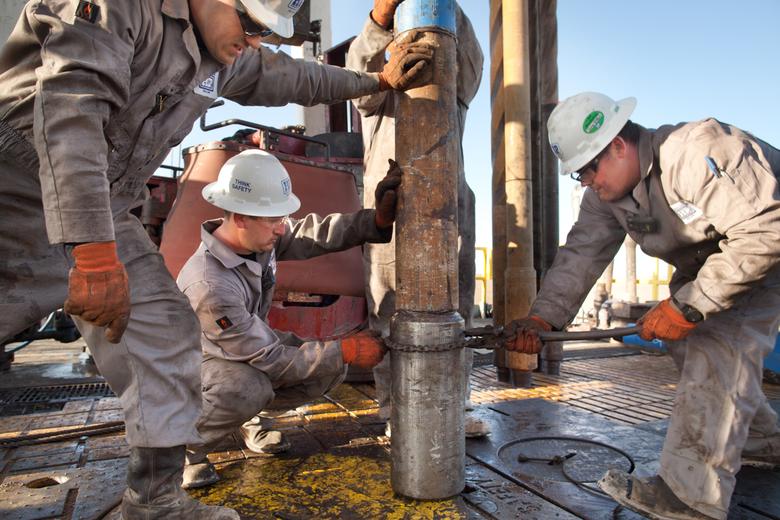 West Texas Intermediate and Brent headed for a second weekly drop as Libya prepares to resume exports from two terminals and amid speculation that Iraq's crude production will remain unaffected by violence.

WTI futures were little changed in New York after falling for a sixth day yesterday, the longest losing streak since May 2012. Libya will start shipping from Es Sider and Ras Lanuf at full capacity after taking back control of the ports from rebels, according to National Oil Corp. Fighting in Iraq hasn't spread to the south, home to more than three-quarters of its output. Hurricane Arthur made landfall on the U.S. East Coast and may reduce driving over the Fourth of July holiday.

"The dying down of geopolitical tensions is clearly depressing oil prices," Michael McCarthy, a chief strategist at CMC Markets in Sydney, said by phone today. "The market is removing some of the risk premium. West Texas has now fallen below the key support level of $105.25 a barrel, meaning that risks are now on the downside."

WTI for August delivery was at $103.95 a barrel in electronic trading on the New York Mercantile Exchange, down 11 cents, at 4:24 p.m. Sydney time. The contract slid 42 cents to $104.06 yesterday, the lowest close since June 6. The volume of all futures traded was about 55 percent below the 100-day average. Prices have declined 1.7 percent this week.

Brent for August settlement was 12 cents higher at $111.12 a barrel on the London-based ICE Futures Europe exchange. The contract has decreased 1.9 percent this week, the most since January. The European benchmark crude traded at a premium of $7.15 to WTI, compared with $7.56 on June 27.

Libya will resume shipments "as soon as possible" at the two ports, and talks on crude sales will start with international companies, Mohamed Elharari, a spokesman for state-run National Oil, said yesterday. The country has become the smallest producer in the Organization of Petroleum Exporting Countries in the past year because of unrest.

In Iraq, fighting has been concentrated in the north, where insurgents from a breakaway al-Qaeda group, now known as the Islamic State, captured the city of Mosul in June. The nation, the second-largest OPEC member, will ship 2.8 million barrels a day this month, close to a record high, loading programs obtained by Bloomberg show.

U.S. Army General Martin Dempsey, the chairman of the Joint Chiefs of Staff, said at a Pentagon news conference yesterday that an expanded role is possible for American military advisers in Iraq and that the country's armed forces probably won't be able to recapture lost territory without outside help.

WTI may extend its slide next week amid speculation that production from Iraq's south will continue, according to a Bloomberg News survey. Fourteen of 31 analysts and traders, or 45 percent, forecast futures will drop while six respondents predicted a price gain.

Hurricane Arthur, the first major storm in the Atlantic this year, made landfall in North Carolina after reaching Category 2 strength, packing maximum sustained winds of 100 miles (161 kilometers) per hour. The eye of the storm was moving up the west side of Pamlico Sound, North Carolina, the National Hurricane Center said in an advisory at 2 a.m. Eastern time today. It was heading northeast at 21 mph.