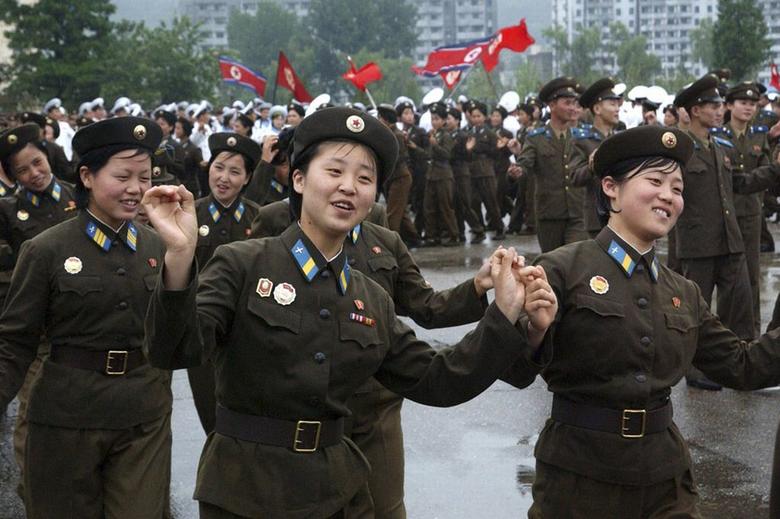 A Mongolian oil company with ties to North Korea is planning to entice foreign investors in the country's energy sector by showing them geological data which could indicate the presence of oil and gas resources.

The move could mark the first step towards opening up the DPRK to onshore oil exploration and comes amid declining relations with China, it's primary fuel supplier.

While there have been some modest attempts to explore North Korea's onshore potential in the past, very little is currently known about the DPRK's geology and potential oil and gas reserves.

To address this, HBOil JSC (HBO) is planning on opening what is known in the industry as a data room – a place where interested parties can inspect geological information on underground structures that could indicate the presence of oil and gas fields.

With the DPRK government and military entirely dependent on Chinese and Russian fuel imports, domestic oil and gas production could afford Pyongyang a greater measure of independence from Beijing and Moscow.

Currently, the DPRK lacks a domestic oil industry, meaning that oil and gas exploration could prove difficult even with foreign capital and expertise. Finding oil and gas fields often involves a multi-pronged effort with seismic, drilling and other service companies cooperating.

Since crude oil needs to be refined once extracted, it remains unclear what companies operating in North Korea would do should they discover oil. The DPRK has two ageing refineries in Seungri and Bongwha, but both need upgrading.

This is where it HBO comes in, via their buyout of Ninox Hydrocarbons last year. HBO, a Mongolian company, has set its sights on tapping into onshore oil basins in the DPRK. The purchase made HBO the owners of a joint venture with the Korea Oil Exploration Corp (KOEC), North Korea's state run oil company.

HBO's attempts to make inroads into North Korea's undeveloped oil and gas sector have led it to investing in projects that could give it access to upstream oil and gas production and downstream refinery capacity in the coming years. The first stage, however, is to assess geological data that will tell interested companies where to begin their exploration.

"The reason people have data rooms is because they're trying to persuade another company to spend money in their block, on their well. They are looking for investment. In order for companies to make decisions about that investment, they need to see the data," Alistair Fraser, EGI Chair in Petroleum Geoscience at Imperial College London told NK News.

Throughout the process, interested oil and gas companies can see the data, though normally under strict conditions with regards how the data is handled.

"The rules are, you're selling something. So this is your shop. You set up a conference rooms so you can analyse digital data ... Each company signs a confidentiality agreement, which says they do not disclose in any way any of the data they have seen. They don't take copies of it or for use it for anything other than to assess the value of the opportunity," Fraser added.

Assuming that the data is promising, oil companies are usually invited to bid for exploration rights on blocks of the acreage. According to their website, HBO's onshore interests lie south of Pyongyang in the Zaeryong Basin.

"Historically DPRK consists of seven under-explored geological basins, with 3 basins proven to have working petroleum systems. 22 wells have been drilled and the majority encountered hydrocarbons with same swell on test production at 75 barrels of oil per day at light sweet crude oil. Furthermore one trillion cubic feet of natural gas was discovered in 2002," the DPRK projects section of HBO's website reads.

NK News has learned that the data room will be working on digitising data from the 1960s through to more recent 3D seismic data. HBO will then aim to use the data to attract international bids on onshore oil and gas blocks on behalf of KOECII, an international subsidiary of North Korea's state run oil company.

The statement also says a British geologist, Quentin Rigby, has been hired as the "exploration & Development Consultant to assist its DPRK business unit".

Rigby has not responded to requests for comment, though his role will likely help bring the presentation of the data in-line with oil and gas industry norms.

"They will not sell something that is not presented to industry standards. They don't make the rules here. They do when it comes when to deciding who gets the acreage. But there's a way of doing this. If you're selling a car you give it a damn good polish before you sell it," said Fraser, who set up similar data rooms in Vietnam in the early nineties.

However, it is not clear how easy it will be to lure foreign oil and gas companies to the DPRK. Trying to operate in the DPRK's shifting business sands is risky at the best of times, even without the added weight of the geopolitical complications that can accompany oil and gas production.

"Any input for this oil and gas exploration, development, and upgrading the refineries in the DPRK will be seen as softening the current sanction scheme against (it)," Dr Keun Wook Paik, associate fellow on energy, environment and resources at London's Chatham House, told NK News.

"It can deliver a wrong signal to the money chasers and the U.S., Korean and Chinese authorities will be determined to stop the large scale capital injection to DPRK under the current situation," Paik added.

Despite this, Mongolian investment bank and HBO underwriters BDSec did their best in an October report on the DPRK to dispel potential investor fears. The report calls that KOEC's management "highly intelligent and dynamic, as well as enthusiastic and appreciative of the investment HBO has made and shall make into the country."

The report goes onto claim that DPRK officials have assured the company that they "are open for business" and encouraged them to "please move forward ASAP".

Meanwhile, a recent warming in North Korean–Russian relations could pave the way for Russian oil and gas majors such as Gazprom and Rosneft to bid on the DPRK's onshore blocks. Gazprom has already expressed an interest in developing a gas pipeline project connecting South Korea to Russia through the DPRK. When asked about further potential North Korean interests however, a spokesperson for the company declined to comment.

HBO and potential investors in the DPRK's energy sector will have plenty of past lessons to learn from moving forward. North Korea has been attempting to enlist foreign help in extracting underground resources since the 1970s.

The most recent example involved London based Aminex in 2004. The Irish-Anglo oil minnow made headlines in 2004 when it inked a 20-year deal to analyse geological data and attract foreign investment in exchange for future production and royalties off the DPRK's west coast.

At the time, the Observer reported that the company had signed a deal 'in secret' in Pyongyang in the summer of 2004.

The project seemed to suffer numerous holds ups and delays and five years after signing the deal Aminex had yet to begin any exploratory work or move any assets into the DPRK. Although Aminex said it was conducting some analysis of seismic data, its investment in North Korea was minimal. After spending $8.5 million in a failed well in Tanzania, Aminex's CEO Bryan Hall told the Financial Times that the company would not spend that "that kind of money" in North Korea.

In 2010, the London company sold a 50% stake in Korex, the subsidiary that held its interests in the DPRK.

"As the DPRK's exploration and production business in West Korea Bay was effectively blocked by the MOU between DPRK deputy premier Doochul Roh and China's deputy Premier Zeng Paiyan in late 2005, there was nothing Aminex could do and it had to pull out of DPRK," A North Korea energy expert told NK News under the condition of anonymity.

Two years later in 2012, Aminex announced that it no longer intended to participate in its North Korean concession. The company declined to comment on why no progress was made, though it did release a statement citing "volatile and unpredictable politics of the area".

The company's annual reports from 2005 through to 2009 all contain a section on North Korea, with each report acknowledging the difficulty of making progress in the region.

Nonetheless, HBO's progress has been relatively rapid when compared to that of Aminex. In September 2013 the Mongolian company announced that it had already raised five million U.S. dollars for its DPRK projects.

HBO might also benefit from the warmer political climate between Mongolia and North Korea. In October 2013 the Mongolian President visited the DPRK and signed three cooperation agreements geared towards "creating a legal environment favorable for finance and investment according to domestic law and regulations and the internationally recognized principles and norms", the Korean Central News Agency reported at the time.

Since then, the NK News KCNA Watch tool reveals that there have been numerous meetings between North Korean officials and their Mongolian counterparts. The two countries signed a memorandum of understanding (MOU) on April 2, to set up "the DPRK-Mongolia friendship joint company between the DPRK and Mongolian governments".