Главная News 2014 July ROSNEFT VS GAZPROM: THE BATTLE IS BEGINNING

ROSNEFT VS GAZPROM: THE BATTLE IS BEGINNING 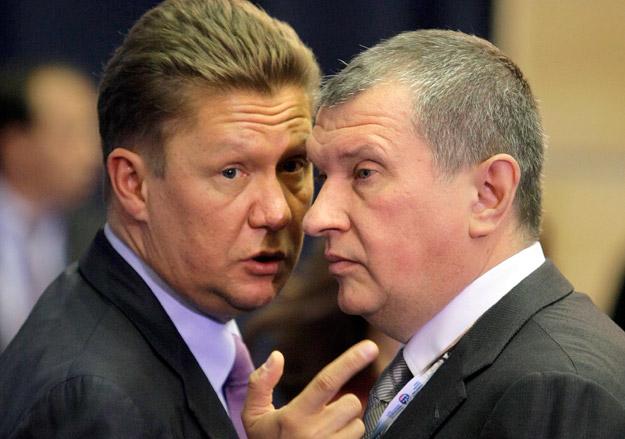 ROSNEFT VS GAZPROM: THE BATTLE IS BEGINNING

Rosneft has raised the stakes in its campaign to strip Gazprom of its monopoly over Russian gas exports. In a sharply worded statement on Tuesday, Russia's state oil company threatened to take Gazprom to court unless it opened up a planned pipeline to China to rival gas producers.

Gazprom has been gearing up to build the Power of Siberia pipeline since signing a $400bn gas export contract with China in May. Linking vast Gazprom controlled gas fields in east Siberia with the Russian Pacific, the 4,000km pipeline will feed gas to domestic consumers and to the Chinese border.

Alexei Miller, Gazprom's chief executive, said last week that the company would build the $55bn pipeline with its own money and fill it entirely with its own gas production.

Rosneft has been lobbying behind the scenes for access to Power of Siberia ever since the Chinese gas deal was finalized. On Tuesday the company went public with a complaint that it was unfair of Gazprom to hog the pipeline.

"Gazprom's position is radically at variance with the task of developing Siberia and the (Russian) far east and directly contradicts existing legislation," Rosneft said in a statement. "As an infrastructure monopoly, Gazprom is obliged to provide independent producers with access to the transport system."

"We will ensure that our citizens' rights to a worthy life will be protected through corporate negotiations, discussions with regulators and, if necessary through the court process."

Gazprom owns and operates Russia's sprawling gas trunkline network and is obliged to transport rival producers' gas to domestic markets. Rosneft might have a chance in a legal battle for access to Power of Siberia, but in challenging Gazprom the Russian state oil company is playing a bigger game.

Both Rosneft and Novatek, Russia's biggest independent gas producer, are now pushing ahead with LNG projects that, targeting the Chinese market, will eventually compete with Gazprom supplies through Power of Siberia.

Gazprom still has a legal monopoly over Russian gas exported by pipelines. Sechin would like to change that. The battle is only just beginning.