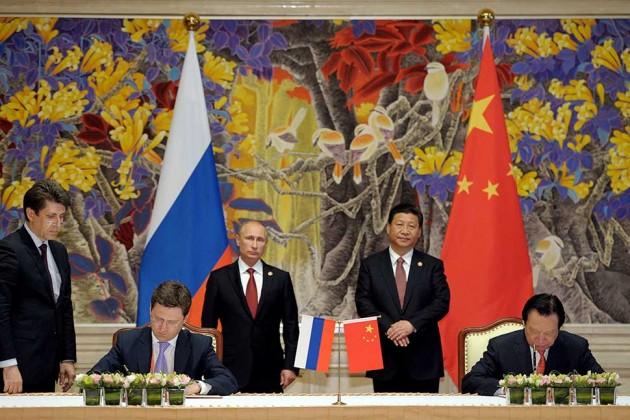 OAO Gazprom, the world's largest natural gas producer, will supply fuel to China at a price close to Germany's, according to Russian officials.

Keeping parity between Germany and China, which will be Gazprom's two largest customers after shipments to the Asian country start, may reassure investors that Russia didn't offer excessive discounts to win a deal that had been sought for more than a decade.

The base price for China National Petroleum Corp is about $360 per 1,000 cubic meters, two government officials in Moscow said, asking not to be identified because the information is confidential. That's near the average $366 that Gazprom charged Germany last year, which pays one of the lowest prices in Europe, one of the officials said.

The estimated value of the accord is about $400 billion, the largest contract in natural gas history, Gazprom said when the deal was signed last month. The Russian company had declined to reveal the exact gas price.