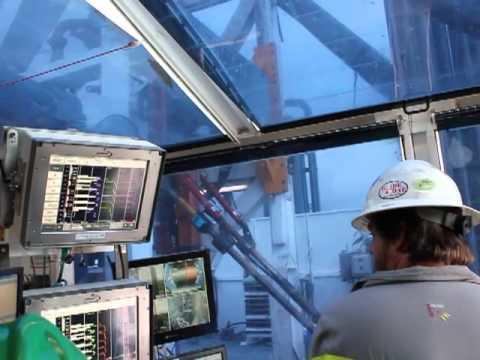 Fondo Strategico Italiano S.p.A. and its controlled company FSI Investimenti S.p.A. (collectively "FSI"), on one side, and Trevi Holding SE ("TH") and Davide Trevisani, on the other side, have today signed an investment agreement which provides for the acquisition by FSI of a minority interest in Trevi Finanziaria Industriale S.p.A., a company with shares listed on the Italian Stock Exchange ("Trevifin" or '"Issuer").

Under the agreement, TH and Davide Trevisani will sell to FSI a portion of the rights to which they will be entitled in the context of an up to Euro 200 million share capital increase to be offered pre-emptively to all shareholders, that today Trevifin's Board of Directors has resolved to submit to an extraordinary shareholders' meeting that will be called shortly.

In particular, FSI committed to make a total investment in Trevifin of up to approximately Euro 101 million, (i) in part as consideration for the purchase of the rights and (ii) for the remainder for the exercise of such rights and the subscription of the Trevifin newly issued shares. TH and Davide Trevisani will use the entire amount received as consideration for the sale of the rights to subscribe Trevifin newly issued shares.

Under the agreement, the price of the rights to be purchased by FSI shall be calculated as the TERP based on the average cum-price of the shares in the last 30 trading days preceding the date on which the Board of Directors of Trevifin will determine the size of the capital increase and the shares issue price, provided that the average share price used for the calculation of the TERP shall not be higher than Euro 6.30.

Upon completion of the transaction, assuming a fully subscribed capital increase of Euro 200 million, FSI would hold, directly and indirectly, an interest in Trevifin of no less than 15.8%, while TH and Davide Trevisani would hold in the aggregate shares representing up to 34.8% of Trevifin share capital.

The investment agreement also provides that, upon the termination, for whatever reason, of the shareholders' agreement (as described below), TH and Davide Trevisani shall benefit from an earn-out mechanism pursuant to which FSI, subject to predetermined levels of Internal Rate of Return ("IRR"), shall deliver to TH and Davide Trevisani a variable number of Trevifin shares.

The execution of the investment by FSI is conditional upon the occurrence, until 19 December 2014 of, inter alia, the following:

For further information in relation to the shareholders' agreement, please refer to the abstract that will be published in accordance with Italian law.

The investment agreement also provided that, upon the termination for whatever reason of the shareholders' agreement, certain limitations shall apply (for a period of 12 months) with respect to the potential disposal by FSI of its Trevifin shares.

The investment of FSI in Trevifin, a leading international manufacturer of machinery and services for foundations and oil exploration market, is consistent with the mission of FSI to invest in Italian excellence with large growth potential and international development.From 2000 to 2013, the consolidated turnover of the TREVI Group has grown from Euro 304 million to Euro 1,276 million, registering a CAGR of 11.7%. The investment will also have a positive impact on the level of induced, both in terms of creating added value and employment impacts for the country. The production of machinery takes place, in fact, mainly in Italy, while the Group's revenues are made for more than 90% abroad. The company buys products and services from suppliers Italian for an amount of approximately Euro 320 million, ensuring an overall rate of about 2,500 people at the level of induced, in addition to the 1,400 employees of the Group and the Italian approximately 5,800 employees in the rest the world.

Davide Trevisani said: "The choices of TREVI Group have always been driven by a long-term view. This agreement represents a further important step of a story that began long ago and is intended to better prepare the development of the next decade. From the listing, in 1999, TREVI Group has achieved a growth path that led to increase five times its business volume which has reached Euro 1,276 million in 2013. Such development, to which our people and stakeholders have actively contributed, has been achieved through the efficient use of resources raised in the IPO, the support of the banking system, the generation of cash from the business and the continuing support of our shareholders. We believe that today the conditions are there to start a new phase of growth and development that looks to the next decade, and we have found in Fondo Strategico Italiano the ideal partner to support the Group, with all the other long term shareholders, in this new challenge".

Maurizio Tamagnini (CEO of FSI) said: "We are excited to be able to walk along with the Trevi Group on a path of development and internationalization. TREVI Group is a world leading Italian excellence in mechanical and engineering. This transaction does represent the target investment of FSI, which through a capital increase supports the development of TREVI Group with indirect positive effects on the Italian economy."

Davide Trevisani and TH have been advised by Mittel Advisory and, as for legal matters, by Lombardi Molinari Segni. D'Urso Gatti Bianchi has been the legal counsel to FSI in the transaction.

FSI is an investment company with approximately 4.4 billion of capital, in which strategic shareholder Cassa Depositi e Prestiti holds 80% of the share capital. The Bank of Italy holds the remaining 20%. FSI invests in companies that have the objective to grow in size, improve operational efficiency and strengthen their competitive position in domestic and international markets. FSI acquires predominantly minority interests in companies of national significant interest with net-worth, economic and financial soundness, and that have reasonable prospects of profitability and growth. FSI is a long-term investor who seeks return of investments in line with market parameters.

Trevi Holding S.E. is the company that controls TREVI - Finanziaria Industriale SpA, a company listed on the Milan Stock Exchange, the parent company of the TREVI Group, a world's leading company the field of ground engineering (special foundations, tunnel excavation and soil consolidation and the building and marketing of specialized machinery and equipment for the industry); is also active in the drilling sector (oil, gas, water) and the production of rigs and the supply of services as well as in the construction of underground car parks. TREVI Group, founded in 1957, has more than 30 branches and a presence in over 80 countries. The success of the Group is based on the vertical integration of the main divisions making up the company: Trevi, the division that supplies special services in the field of ground engineering, the Petreven Division specialized in oil drilling services, the Soilmec Division, which manufactures and develops rigs and equipment for ground engineering and the Drillmec division that produces and develops drilling rigs (oil, gas, water).

Trevi Holding S.E. has as its shareholders the holding companies of the families of Davide, Gianluigi and Cesare Trevisani.  TREVI - Finanziaria Industriale S.p.A.

The Board of Directors of TREVI - Finanziaria Industriale S.p.A. ("Trevifin" or the "Company"), which met today under the chairmanship of Davide Trevisani, has resolved to propose to the shareholders' meeting to grant the Board of Directors, pursuant to art. 2443 of the Italian Civil Code, the power to increase the share capital up to an amount of Euro 200 million, through the issue of new ordinary shares, to be offered preemptively to shareholders pursuant to art. 2441 of the Civil Code ("Capital Increase").

The Board of Directors has mandated the Chairman to call the Extraordinary General Meeting of the Company.

As announced today to the market, Fondo Strategico Italiano (FSI), directly and through its subsidiary FSI Investimenti S.p.A., on one side, and Davide Trevisani (founder and Chairman of the Company, with a stake of 1.544%) and Trevi Holding SE (controlling shareholder owning a stake of 49.013%), on the other side, have entered into an Investment Agreement under which the parties committed to subscribe the part of the Capital Increase offered preemptively to Davide Trevisani and Trevi Holding S.E. equal to 50.557% (for a maximum total amount of ca. Euro 101 million), according to proportions to be determined at the time of the launch of the Capital Increase. The undertakings of the parties under the Investment Agreement are subject to certain customary conditions precedent, including that the execution of the Agreement shall not result in an obligation to launch a mandatory tender offer on the shares of the Company.

Banca IMI S.p.A., which will act as Global Coordinator and Bookrunner of the rights issue, has signed a pre-underwriting agreement with Trevifin under which it has committed, subject to certain customary terms and conditions, to guarantee the subscription of the newly issued shares that should result unsubscribed at the end of the rights offer, up to an amount of approximately Euro 99 million.

The Capital Increase is aimed at strengthening the financial structure of the TREVI Group to better catch and pursue the opportunities deriving from the development of the markets in which the Company operates.

It is expected that, following shareholders' approval and procedural formalities, the transaction could be completed by the end of 2014, subject to the obtaining of the necessary authorizations and to market conditions.

This press release and the information contained herein do not include or constitute an offer to sell securities or a solicitation of an offer to buy securities in the United States, Australia, Canada or Japan or any other country where such offer or solicitation would be subject to authorization by local authorities or otherwise prohibited by law (the "Other Countries"). This and part of it or its distribution cannot form the basis of, or be relied on in the same respect, any agreement or investment decision. The securities have not been and will not be registered in the United States under the United States Securities Act of 1933 (as amended) (the "Securities Act"), or under the TREVI - Finanziaria Industriale S.p.A. - Via Larga, 201 - 47522 Cesena (FC) (Italia)

Trevi Group is a worldwide leader in the field of soil engineering (special foundations, tunnel excavation, soil consolidation and the building and marketing of special rigs and equipment relevant to this engineering sector); the Group is also active in the drilling sector (oil, gas and water) both in the production of plant and the supply of services, and it also builds automated underground car parks. The Group was established in Cesena in 1957 and today has more than 30 branches and is present in over 80 countries. Its success is due to the vertical integration of the main divisions making up the Group: Trevi, the division that supplies special services in the field of soil engineering, Petreven, the oil drilling division of the Group, Soilmec, the division that produces and develops plant and machinery for soil engineering and Drillmec the division that produces and develops drilling rigs (oil, gas and water).