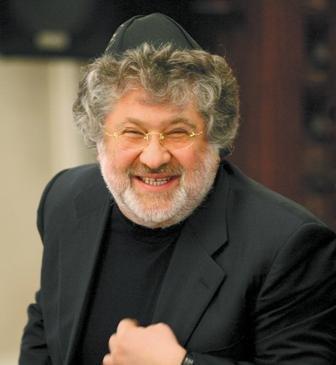 JKX Oil & Gas said it would be taking "operational and financial measures" to protect its interests after the Ukrainian government imposed emergency laws doubling the rate of tax on gas production in the country to 55 per cent.

Shares in the London-listed explorer and producer, which has assets in both Ukraine and Russia, fell by as much as 16 per cent to 34p on Monday from their Friday close of 40.25p, before recovering ground to trade at 37p by late morning.

The warning over the impact of the tax rise on its gas output, comes amid continuing clashes between Ukrainian government forces and pro-Russia separatists in the east of the country.

As part of the wider dispute between the two countries, Gazprom , the Russian gas exporter, cut deliveries to Ukraine for domestic use in June after a row over unpaid bills.

Though small in size, JKX claims to be one of the largest non-state producers of oil and gas within Ukraine. A week ago JKX said it expected to maintain group production – currently equally split between Ukrainian and Russian output – at around 10,000 barrels of oil equivalent a day.

Before news of the planned tax increase on Ukrainian gas production emerged, JKX also confirmed last week that it intended to push ahead with further investment to raise gas production and processing at its licences in the country.

This was even though management conceded the company remained vulnerable to changes in the setting of local gas prices in Ukraine and that profits had also been hit by a depreciation in the local currency.

However, the company said on Monday: "In light of this significant change to the fiscal environment for independent oil and gas operators in Ukraine, the board of JKX is evaluating the impact on its ongoing investment programme carefully."

Dragan Trajkov, analyst at company broker Oriel Securities, said on Monday the rise in tax from 28 to 55 per cent would manageable if the emergency measures – as planned – only stayed in placed until the end of December.

The unexpected tax increases adds further to the problems JKX is facing in the country, where a protracted dispute with leading shareholders is constraining its ability to raise money.

The company, led by chief executive Paul Davies, remains locked in a legal dispute with Igor Kolomoisky and Gennadiy Bogolyubov – two of Ukraine's most powerful corporate raiders – and another with Russian oligarch Alexander Zhukov – over their attempts launched last year to replace the management of the company amid a slide in its share price.

In May, a split decision in the court of appeal backed JKX's stance of restricting the voting rights of Eclairs – controlled by Mr Kolomoisky and Mr Bogolyubov – and Glengary – owned by Mr Zhukov.

The vehicles, which control a combined 39 per cent stake in JKX, have appealed to the UK's Supreme Court to overturn that decision.