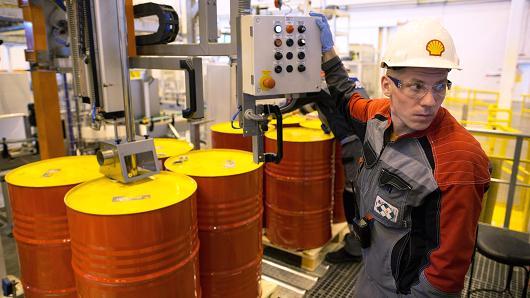 Royal Dutch Shell's second quarter 2014 earnings, on a current cost of supplies (CCS) basis (see Note 2), were $5.1 billion compared with $2.4 billion for the same quarter a year ago. Earnings included an identified net charge of $1.0 billion after tax, mainly reflecting impairments which were partly offset by divestment gains (see page 6).

Compared with the second quarter 2013, CCS earnings excluding identified items benefited from higher liquids production volumes and prices, the impact of the strengthening Australian dollar on a deferred tax liability, and higher contributions from Manufacturing. These items were partly offset by increased depreciation, higher costs, and the phasing of a dividend from an LNG venture into the third quarter of 2014.

Total dividends distributed in the quarter were $3.0 billion, of which $1.0 billion were settled under the Scrip Dividend Programme. During the second quarter some 8.6 million A shares were bought back for cancellation for a consideration of $0.3 billion. Shell has now cancelled the Scrip Dividend Programme and scrip dividends will not be offered for the second quarter 2014 dividend. 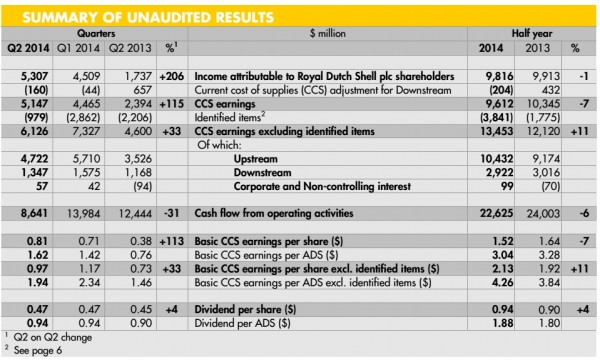