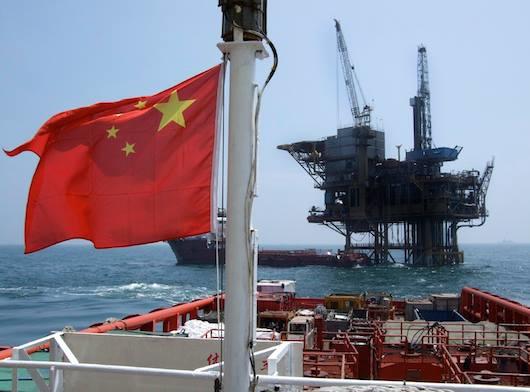 The United States will be looking to calm tensions stoked by recent Chinese oil drilling in disputed waters of the South China Sea at an upcoming meeting of the region's foreign ministers, a senior U.S. official said Monday.

Although the U.S. claims neutrality in the disputes, China is unlikely to respond favorably.

Secretary of State John Kerry's trip in Myanmar, starting Saturday, comes after China angered Vietnam by deploying a deep-sea oil rig for two months near islands claimed by both countries.

Assistant Secretary of State Daniel Russel told reporters that China's withdrawal of the rig in mid-July had removed an irritant but left a legacy of anger and strained relations with Vietnam and likely raised serious questions among China's other neighbors about its long-term strategy.

"China as a large and powerful nation has a special responsibility to show restraint. There is a big footprint that comes with military strength and it warrants setting your foot very, very carefully and treading very gingerly when you are in a sensitive area," said Russel, the top U.S. diplomat for East Asia.

At the meeting of the Association of Southeast Asian Nations in the Myanmar capital, Naypyitaw, Washington will be proposing that South China Sea claimants take voluntary steps to reduce tensions. The U.S. suggests freezing actions that change the status quo, such as seizing unoccupied islands and land reclamation.

Chinese officials have already made clear they don't support the proposal. China says it has a historical right to most of the South China Sea and resents what it sees as U.S. meddling, viewing it as an attempt to contain its growing power. The other claimants include the Philippines, which is a U.S. treaty ally, Taiwan, Malaysia and Brunei.

Russel said all the claimants, including Vietnam, can do more to clarify what they say is theirs in accordance with international law. He said the U.S. would also urge conclusion of a long-delayed code of conduct — another initiative China is unenthusiastic about.

Separately, while in the Myanmar, Kerry will be pressing the country's leaders to apply greater safeguards for human rights. Kerry will also be gauging the former pariah nation's preparations for 2015 elections, Russel said.

Last week, more than 70 U.S. lawmakers warned of worsening conditions in Myanmar, also known as Burma, including anti-Muslim discrimination and violence, and urged the Obama administration to sanction those complicit in abuses and atrocities. The lawmakers also urged Obama not to make further concessions to the reformist government unless there's significant progress.

After Myanmar, Kerry will travel to Australia to join Secretary of Defense Chuck Hagel and Australian officials for security talks.