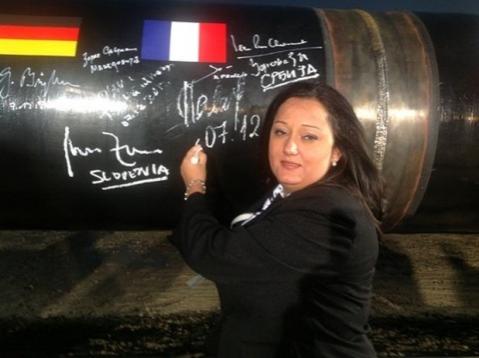 In May, a consortium comprised of Stroytransgaz and Bulgaria's Gasproekt Jug was awarded the contract to built the gas trunkline in the Balkan country. According to a note released back then, project investors were Gazprom and Bulgarian Energy Holding.

Stroytransgaz is controlled by Volga Group, investment vehicle in the hands of Gennady Timchenko. The US Treasury imposed sanctions on Timchenko in May.

"From the viewpoint of business, the loss of the South Stream is an unpleasant thing for us, but who should I lodge complaints with? The Americans?," Timchenko said in an interview with ITAR-TASS.

Timchenko said that the withdrawal is meant to keep the project going.

The project is encountering other three sets of problems. Firstly, the country is experiencing a political instability that does not create a solid background for investments. Secondly, the European Union is increasingly targeting Russian energy projects, as the last round of sanctions clearly indicates. Thirdly, the contract, originally estimated at EUR 3.5 m, has been revised to EUR 3.8 m. The possibility of additional cost overruns is not to be excluded.

RUSSIA, INDIA: RELIABLE PARTNERS
Many of our companies, including energy companies, are operating in Indonesia. There is interest in developing the national nuclear power industry.
Русский | English
All Publications »
Обратная связь: