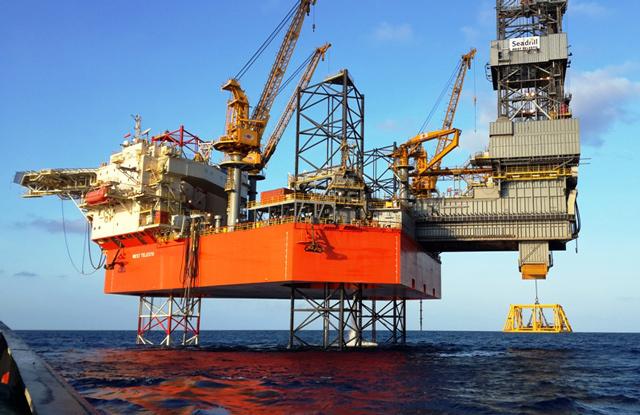 Sanctions on the oil sector in Russia are "unfortunate" as there are big opportunities for western companies in the development of the Arctic, according to the world's largest offshore drilling group, which this week signed a $4.25bn contract with Rosneft .

North Atlantic Drilling signed contracts with Rosneft, the Russian state oil group with close ties to president Vladimir Putin, for the use of six offshore drilling rigs up to 2022 worth $4.25bn "exclusive of mobilisation".

Rune Magnus Lundetrae, chief financial officer of SeaDrill , the parent company of North Atlantic, told the Financial Times on Thursday: "These contracts are the beginning to a very interesting partnership with Rosneft. The timing of the sanctions is unfortunate. It's more about future opportunities."

SeaDrill believes the contracts circumvent the latest EU sanctions on Russia – which specifically target the offshore oil industry – as they were signed before the restrictions come into force.

Other executives in Norway – outside the EU but likely to follow the latest sanctions – have expressed their displeasure with the crackdown.

Greger Mannsverk, chief executive of the Kimek shipyard that does about half of its business with Russia, told Norwegian media: "Decades of good co-operation with Russia can be destroyed overnight . . . It's easy enough for EU countries that don't have a border with Russia to do this. But we are their neighbours. It's more dramatic."

Politicians urged companies to rethink their relationships with Russian companies.

Ola Elvestuen, deputy leader of the centre-right Liberals, one of two smaller parties the government relies on for support, said: "If Russia does not change its policy in eastern Ukraine it will have negative consequences for them. Norwegian companies should avoid Rosneft in the current situation."

The drilling rig contracts represent a deepening of the relationship between the two companies. SeaDrill already has one rig on its way to the Kara Sea, in the Russian Arctic, to explore for oil for a joint venture between Rosneft and ExxonMobil of the US.

Rosneft said in May that it would become a big shareholder in North Atlantic Drilling, currently 70 per cent owned by SeaDrill, as part of the co-operation.

"There is geopolitical risk. But we are doing what we can do to avoid being affected too much," Mr Lundetrae explained.

He added that SeaDrill, whose biggest shareholder is Norway's richest man John Fredriksen, was. "It's difficult to understand the full implications yet. How long will the sanctions be effective, for instance?"

He said that Russia offered big opportunities for Norwegian oil services companies used to dealing with harsh environments but who had hitherto concentrated on other countries. "The risk is more related to future business than existing business in our view. For now most of the harsh environment players have been more focused on the Norwegian and the UK sectors," Mr Lundetrae added.

Many Nordic companies – particularly in Finland and Norway – have tried to boost their business in Russia in recent years, making them vulnerable to sanctions but also privately angry at their likely impact.

Mr Lundetrae said: "Norway and many other countries do a lot of business with Russia and it seems a bit unrealistic to cut all ties overnight. Norway has made a lot of diplomatic efforts to increase trade with Russia."

Mr Mannsverk expressed doubts that sanctions would help defuse the situation with Russia. "Is peace achieved if we get a new cold war? In other parts of the world we want dialogue. I have little faith that it works to push people into a corner."