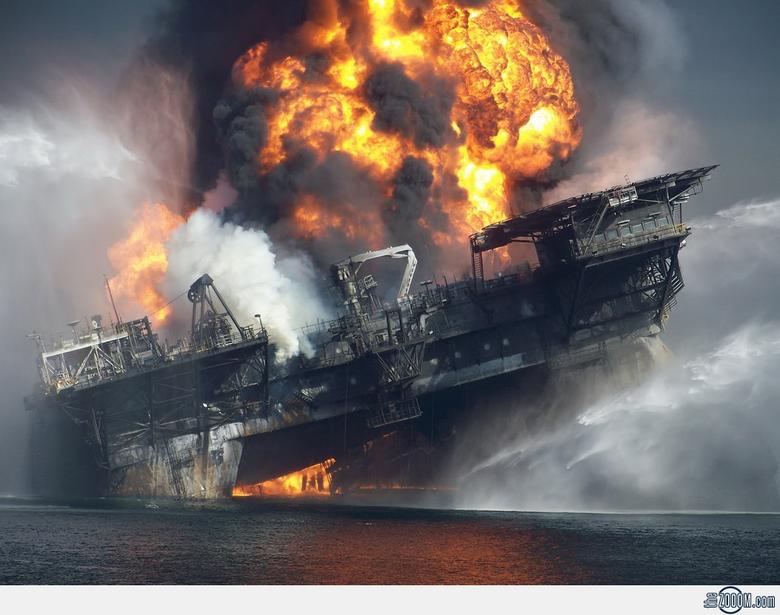 BP acted with gross negligence and wilful misconduct in the Deepwater Horizon disaster, exposing it to penalties of up to $18bn, a US court has ruled.

In the first major ruling on the 2010 disaster that killed 11 men and caused the world's largest offshore oil spill, the US District Court in New Orleans said that BP employees had acted "recklessly" in failing to conduct a proper test of its Macondo well to check for leaks.

The judge's conclusions in the civil case over the spill mean that the UK oil company faces the highest level of penalties under the Clean Water Act, of up to $4,300 per barrel spilled.

Based on the US government's estimate that 4.2m barrels leaked into the Gulf of Mexico, that would mean a maximum penalty of up to about $18bn.

BP said it "strongly disagrees" with the decision, and would immediately appeal.

The decision is a significant blow to the company, which has always argued that its conduct in the accident did not reach the standard of gross negligence.

BP has set aside only about $3.5bn for Clean Water Act penalties, so a higher charge will hit profits. Its shares fell 5.9 per cent to 455p.

There was also some good news for BP in the ruling, which found that the company was not liable for punitive damages resulting from the spill.

The decisions from Judge Carl Barbier are the first from phase one of the trial, which began in February 2013, addressing responsibility for the accident.

The judge has not yet delivered his conclusions from the second phase, which covered the effort to stop the leak, and the volume of oil that was spilled.

In its statement, BP said it believed the finding that it was grossly negligent "is not supported by the evidence at trial".

It added: "The law is clear that proving gross negligence is a very high bar that was not met in this case."

The company will also argue in the penalty-setting phase of the trial next year that the actual fine imposed should be much less than the $18bn potential maximum.

BP argues that only 2.45m barrels were spilled, giving a lower potential maximum penalty of $10.5bn.

Transocean and Halliburton , the two other companies still facing legal action over the disaster, were found negligent but not reckless, and face smaller penalties.

Judge Barbier apportioned the blame 67 per cent to BP, 30 per cent to Transocean and 3 per cent to Halliburton. The other two companies have contractual indemnities with BP, which the court ruled they can enforce.

Transocean welcomed the ruling, saying it "effectively eliminates" the company's financial risk from oil discharged below sea level, which accounted for the vast majority of the spill. Its remaining financial risk would only be for pollutants discharged during the first two days of the spill, and any damages would anyway be covered by its indemnity from BP, it added.

Steven Newman, the company's chief executive, said: "This is a favourable and welcome ruling for Transocean, its employees, and all offshore drilling contractors, as the court has again ratified the industry-standard allocation of liability between drilling contractors and the owners and operators of oil wells."

The catastrophe has created a morass of litigation involving more than 3,000 cases brought by about 100,000 individuals and businesses, as well as US federal, state and local governments.

At the same time as BP is fighting the US government over the Clean Water Act penalties, it is also waging a legal campaign against lawyers representing plaintiffs claiming damages. BP has argued that the compensation settlement it agreed with them in 2012 has been wrongly interpreted to allow excessive payments.

James Roy and Stephen Herman, the co-chairmen of the steering committee of lawyers representing the plaintiffs, said the court's ruling had "laid bare the full extent of . . . BP's misconduct."

They added: "We hope that today's judgment will bring some measure of closure to the families of the 11 men who tragically lost their lives, and to the thousands of people and businesses still trying to recover from the spill."