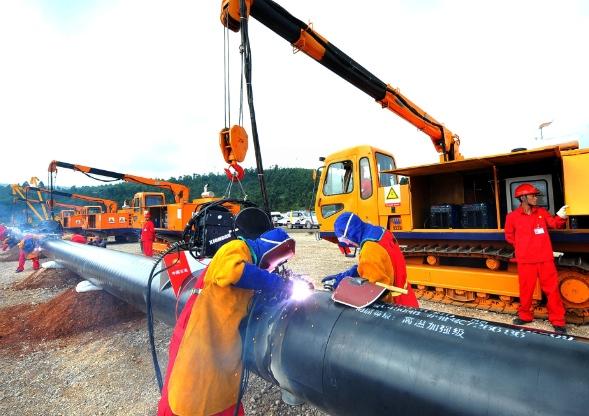 Russia's recent oil and gas deals with China, some of which have been questioned on the basis of pricing, are good for Russian companies overall, argues an analyst at Moody's Investors Service.

Major agreements signed in the past 15 months between China National Petroleum Corp. and Novatek, Rosneft, and Gazprom "are credit-positive for the Russian oil and gas companies," according to Julia Pribytkova, Moody's vice-president and senior analyst in Moscow.

"They provide the Russian companies with opportunities for growth and access to new sources of funding, with the potential to expand these relationships in the future," the analyst writes in a Sept. 2 report. "In particular, the frameworks underpinning Rosneft's and Gazprom's existing agreements with CNPC have been extensively negotiated, making it relatively easy in theory for new deals to be struck in the future."

Under a 30-year agreement announced in May and estimated to be worth $400 billion, Gazprom will supply CNPC with 38 billion cu m/year of gas.

Rosneft's deal, signed in June 2013, assumes delivery of about 15 million tonnes/year of oil until 2035. It's estimated value is $260 billion, including prepayments of $65-70 billion by CNPC to finance an increase in East Siberian oil production and an expansion of Transneft's East Siberia-Pacific Ocean (ESPO) pipeline. Rosneft already ships 15 million tpy through the ESPO line under a 20-year contract signed in 2009. The companies also agreed jointly to conduct exploration and development in East Siberia.

With Novatek, CNPC agreed last January to acquire a 20% interest in the independent producers' Yamal LNG project and to take 3 million tpy of LNG. CNPC also is to help Novatek arrange funding for the project, which has a target capacity of 16.5 million tpy. Other interests after the acquisition are Novatek 60% and Total 20%.

Pribytkova acknowledges, as have other analysts have noted, that the $10/MMbtu that China will pay Gazprom under their deal doesn't include the "Asia premium" the Russian company sought in negotiations lasting years (OGJ Online, June 3, 2014).

But the agreement "will provide a launch pad for Gazprom's full-scale diversification into the Asia-Pacific region at a time when the company is facing sales pressure in Europe, where demand remains subdued in the wake of the 2009 economic downturn, and in Russia, where it is facing increased competition from other producers, primarily Novatek and Rosneft."

All three deals serve an eastward shift in Russian oil and gas exports that, in addition to diversifying sales, lowers the companies' exposures to the risks of sanctions imposed in response to Russian aggression in Ukraine.

"The economics of oil and gas contracts with China may fall short of the Russian companies' expectations as, in order to obtain the financial security inherent in long-term contracts, they may need to give up a little on the pricing side in exchange," Pribytkova writes.