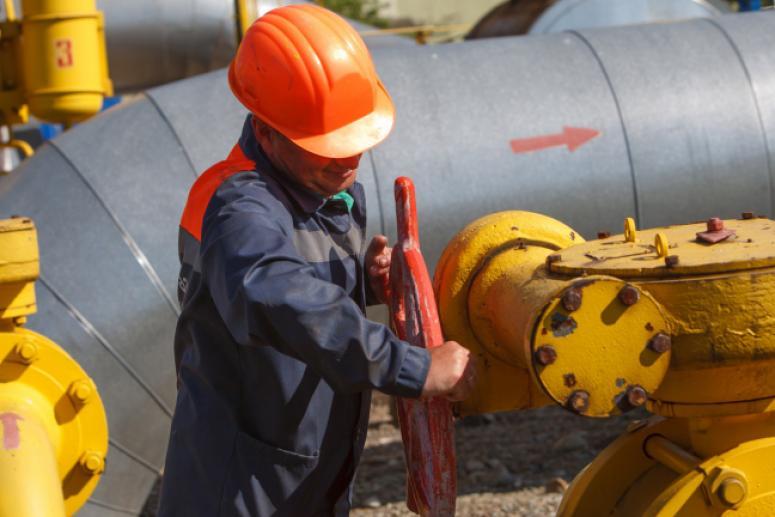 Slovakia opened a pipeline on Tuesday able to deliver natural gas from the European Union to Ukraine, marking a major step in the bloc's efforts to aid the country in its escalating dispute with Russia.

Opening up so-called reverse gas flows eastward is part of the EU's response to Gazprom's decision to cut supplies to Kiev on June 16 in a row over pricing and in the wake of Moscow's annexation of Crimea.

Ukraine's Prime Minister Arseny Yatsenyiuk said the opening of the pipeline that could potentially meet up to 20 percent of Ukraine's demand showed his country was united with the European Union, which is also worried about a Russian supply cut this winter.

"Ukraine can state today we made this first step together with our Slovak friends and the European Commission to diversify the energy supply and to decrease energy dependence," Yatseniuk told reporters at a gas pumping station near the Ukraine border.

Russia has halted gas flows to Ukraine three times in the past decade - in 2006, 2009 and since June this year - because of price disputes with Kiev, although this year gas intended for EU customers have so far continued to flow via Ukraine.

The problem for Ukraine is that continental Europe's pipeline infrastructure was built from East-to-West in order to import Russian gas, a situation that has spurred EU officials to open up reverse supply routes to help Ukraine.

Russia is Europe's biggest supplier of oil, coal and natural gas, and its pipelines through Ukraine are currently subject to political manoeuvring, not for the first time, as the West and Moscow clash over the latter's military action in Ukraine.

Russia has been hit by heavy sanctions over its move on Crimea and accusations it is supporting separatists in east Ukraine with troops and funds, claims it denies.

Should supplies to Europe dry up, it is likely that Germany will be first in line to ensure smooth supplies this winter due in part to healthy reserves and steady deliveries from the Yamal and Nord Stream pipelines, both of which avoid Ukraine.

Germany also has access to North Sea pipelines linking it to Norwegian, Dutch and British gas fields, and it can also bring in liquefied natural gas (LNG) imported by tankers from North Africa and the Middle East to Belgium and the Netherlands.

German utility RWE earlier this year delivered small supplies to Ukraine from its pan-European portfolio via Poland and Slovakia to demonstrate that shipping gas eastward was a viable option.

"There will be solidarity in the EU with the southeast of the bloc if it is short of gas," one eastern Germany-based trader said. "Russia knows that and how much is at stake. I believe there will be a political solution."

Hungary and Poland also have pipelines able to send gas eastward to Ukraine but the Slovak link -- which is also part of the site which is the main transit point for Russian supplies to the EU via Ukraine -- boasts the biggest capacity of the three.

The pipeline, an upgraded previously unused link leading from the Vojany power station near the Ukrainian border to the western Ukrainian town of Uzhgorod, can supply up to 10 billion cubic metres (bcm) of gas a year.

The Slovak pipeline operator Eustream estimated it would ship 22.4 million cubic metres through the pipeline on Tuesday while the Slovak economy minister said the link was ready to run at full capacity.

"If we put together three reverse points in Slovakia, Hungary and Poland then we can reach 25 billion cubic metres a year in the mid-term horizon which would provide the solution Ukraine needs at the moment," Fico told reporters.