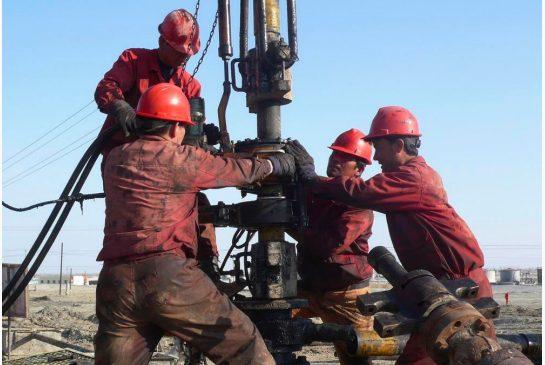 Athabasca Oil Corp. (ATH) closed a C$1.18 ($1.1 billion) agreement with PetroChina Co. (857) to sell the rest of its Dover oil-sands project, ending weeks of speculation about whether the Chinese company would pay. The shares rose.

PetroChina's payment includes C$600 million in cash and C$584 million in promissory notes due through August 2016, backed by guarantees from HSBC Bank Canada, Athabasca said today. The original agreement was for PetroChina to pay in cash. The settlement comes two months after Calgary-based Athabasca had estimated the deal would close after triggering the sale of its 40 percent stake in Dover earlier this year.

The payment was delayed as the Chinese government was investigating PetroChina executives over allegations of corruption, according to reports from publications including Beijing-based Caixin. A report in Canada's Financial Post was among several suggesting the state-owned company was trying to delay its purchase or claw back the price.

"It closes a chapter around the whole corruption issues overhanging the stock," Phil Skolnick, an analyst at Canaccord Genuity Corp. in New York, said in a phone interview today. "It would have been better if they could have received the full funds immediately. The stock would have reacted more positively to it."

Athabasca surged as much as 5.5 percent after the announcement and gained 4.4 percent to C$7.92 at the close in Toronto. The shares fell to a nine-month low of C$5.80 on July 29 amid concerns the payment would be delayed and have since rebounded.

Athabasca agreed to make a C$49 million payment to PetroChina earlier this month, lowering the sale price, to cover for future abandonment costs for oil and natural gas wells.

The company is relying on the Dover sale funds to pay for future drilling, including in the Duvernay shale in Alberta where it's seeking partners. With the initial cash payment, Athabasca will have enough to pursue drilling plans, Skolnick said.

A full update of the company's plans will be released in early September, including revised forecasts and a capital spending outlook, Athabasca said.

Athabasca on Feb. 21 announced it had reached an agreement with an Alberta aboriginal group, paving the way to complete the deal with PetroChina. A put option exercised by Athabasca on April 17 forced a PetroChina subsidiary to buy the 40 percent it didn't own in the undeveloped Dover oil-sands project in northeastern Alberta, based on a 2010 agreement.

"The Company now has ample liquidity to continue development of its Duvernay and Hangingstone core assets," Athabasca Chief Executive Sveinung Svarte said in the statement.

The Dover project contains reserves of 4.1 billion barrels at a 50 percent recovery rate, Alberta's energy regulator said in August. Athabasca expects production at the site to reach 250,000 barrels a day at full capacity.