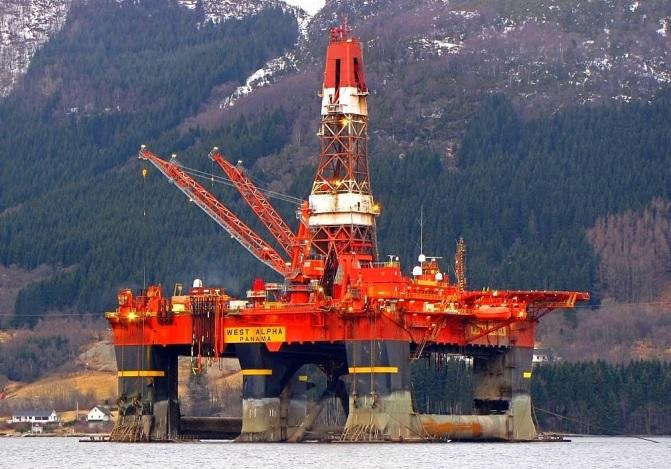 The head of the Norwegian drilling company that signed a recent $4.25bn deal with Rosneft says he hopes for more business with the Russian state-controlled oil company and others in that country despite the pressure of growing western sanctions.

North Atlantic Drilling is selling 30 per cent of itself to Russia's Rosneft as well as providing six offshore rigs to drill for oil up until 2022 in deals signed this summer that underlined the limits of the sanctions imposed by the US and EU due to the creeping invasion of Ukraine.

"I hope we can work closely with them for many years and I hope we can expand that business with them and others because I believe there is a big future in the Arctic. There are a lot of wells to be drilled in the coming years," Alf Ragnar Lovdal, NADL's chief executive, said on Thursday just after Nato revealed Russia had more than 1,000 troops inside Ukraine.

NADL is a drilling company specialised in the Arctic and harsh environments and is majority owned by SeaDrill, the world's largest rig operator which is controlled by billionaire John Fredriksen. Both SeaDrill and NADL are listed in New York.

The Norwegian company got around current western sanctions by signing the $4.25bn contract days before August 1 when the EU imposed a ban on export technology to be used in Arctic exploration. The EU has given itself another week to decide how to expand the sanctions regime.

Mr Lovdal said he believed all aspects of its partnership with Rosneft – which include NADL receiving the Russian company's land rig business and cash in exchange for the 30 per cent stake – complied with current sanctions.

"So far it's OK. For us it's important and that is why we spend time investigating. If there is a change [in sanctions], we have to revisit. For us we have to work within the rules and regulations at the time," he said.

NADL already has a rig drilling for oil in the Kara Sea for Rosneft and ExxonMobil and charges about $550,000 a day for it. It can only drill for about two months a year when the waters are not frozen.

For NADL, which has a market capitalisation of $2.6bn and currently operates nine rigs, the $4.25bn deal with Rosneft for six rigs is crucial. "For us it's the biggest contract [we've done]. It's very important for us . . . We believe that for the next 20 or 30 years there will be a lot of activity [in the Arctic]. There is a lot for us to learn and gain," said Mr Lovdal.