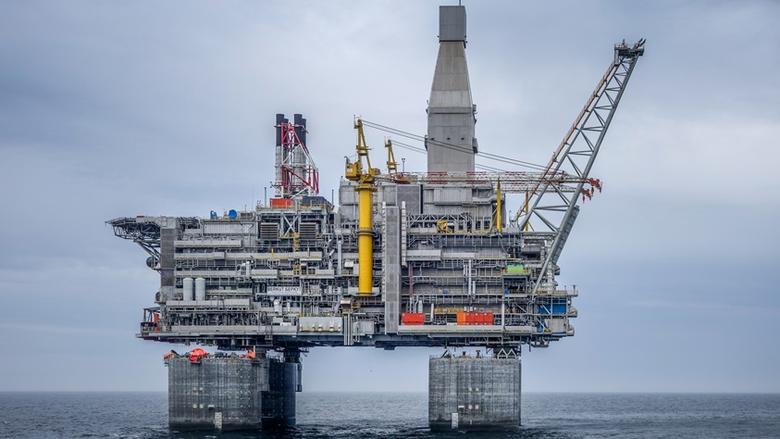 Beneath the Kara Sea, north of Russia's Siberian coastline, lies more oil than can be found in the whole of the Gulf of Mexico. That, at least, is the Russian government's estimate – and the reason why ExxonMobil began drilling a well there with Rosneft just four weeks ago.

But the companies' attempts to realise the Russian Arctic's potential are now being severely threatened by the western sanctions imposed on Russia over the conflict in Ukraine.

And it is not the only project at risk. Other ventures worth billions of dollars are in limbo, putting Moscow's ambitions to develop its huge Arctic and shale reserves in jeopardy.

Among them is Yamal LNG, the $27bn liquefied natural gas project in the Arctic Circle being developed by Russian independent gas producer Novatek – and considered one of Russia's most strategic energy initiatives.

Their progress is in danger of being disrupted or halted by sanctions that block financing deals and the supply of drilling equipment – measures deliberately intended to hit Russia's plans to exploit its offshore Arctic and "tight" oil reserves, including the Bazhenov shale in Siberia, which is believed to contain billions of barrels of oil.

Most analysts agree there will be little or no impact on Russia's current oil production. But, long term, they say the effect could be chilling. "Russian output could see a 20 per cent decline by 2020 if these restrictions stay in force," warns one consultant. "They will have to keep running faster and faster just to stay still."

Russia's vast western Siberian oilfields, which account for 65 per cent of total production, are already mature and in decline. As a result, the country badly needs to start exploiting new resources if it is to avoid a drop in output – and a weakening of its economy. At present, oil and gas revenues make up about 50 per cent of the country's budget revenues.

However, Russia cannot develop such reserves without western technology. Hence the joint ventures that Rosneft has created with Exxon, ENI of Italy and Statoil of Norway.

After the latest imposition of western sanctions, these ventures look shaky. The US has restricted Rosneft and Novatek's access to capital markets and imposed a ban on the transfer of technologies used in Arctic, deepwater or shale exploration – precisely the areas crucial to Russian oil.

Igor Sechin, Rosneft's chief executive, has played down the impact. "If the Germans don't want to deliver [drilling equipment and pipe systems], we will just buy from South Korea or China," he told Der Spiegel last week.

On Monday, Rosneft also proposed that China take a stake in one of its major onshore oilfields, in a deal that would further strengthen the energy ties between Moscow and Beijing.

But an executive at one of Rosneft's partner companies was more pessimistic about the Arctic, deepwater and shale projects. "It will be very difficult to find a substitute for all the US equipment," he said. "This is going to make life very hard for those working in these ventures."

For Mr Sechin, the big problem is that the projects are not just about drills and pipes. Russia also needs the huge floating platforms used in offshore exploration. It is also highly reliant on western service companies for well "completions": the complex procedures such as fracking that are carried out after a well has been drilled, and that are particularly important in the shale industry.

"The problem comes on the completion side, not the drilling side," says Richard Anderson, chief financial officer of Eurasia Drilling, the Russia-focused oilfield services company.

Schlumberger, one of the biggest oil service companies, has already said that sanctions are "placing some restrictions on the engagement of certain people and equipment in our Russian operations".

Some of the biggest questions surround Exxon and Rosneft's joint venture. People close to the companies say their contract predates the sanctions, so it is unaffected. They point to the lack of reaction from the US authorities when the two companies started drilling last month.

But experts say the project is unlikely to get much further than that. "I don't see how anything can be drilled in the Arctic beyond this first well," said one senior executive at an oil company active in Russia.

Part of the problem is that the window for drilling offshore in the Arctic is just a few months. "They can't test the reservoir now, so will have to come back next year," says James Henderson of the Oxford Institute for Energy Studies. "But can you as Exxon go back? Will they be able to bring in all the downhole kit to test the well?" There is also a question mark over whether Exxon will be able to replace critical pieces of equipment.

"A lot of these pre-existing contracts have licensing agreements that periodically need to be renewed," said a person close to the company. "Will that then be considered a new contract? And if so, will it fall under sanctions? No one knows."

It is this "contractual uncertainty" that is clouding the picture for Rosneft's western partners, says Duncan Milligan, Russia upstream analyst at consultancy Wood Mackenzie. "How, in these circumstances, do you maintain drilling rigs in working order over almost a decade?" he says.

For Novatek, the problems are more immediate. The company and its partners in Yamal LNG – Total of France and China's CNPC – had planned to cover 30 per cent of the cost of the project with their own money, and borrow the rest. But, because of sanctions, Novatek chief executive Leonid Mikhelson admits that the partners may now have to commit more cash as outside funding dries up.

Mark Gyetvay, a US citizen who is Novatek's chief financial officer, said that due to sanctions he has had to recuse himself from the company's efforts to raise new long-term financing.

Across the Russian oil industry, companies have been slowing their capital expenditures. Rosneft, which earlier said it would spend 730bn roubles in capex this year, spent just 237bn roubles by the end of June. Gazprom Neft, which had said it would spend 330bn roubles, spent only 108bn roubles over the same period. The companies have not announced any delay to projects, but analysts believe they are conserving financial resources to retain flexibility.

For those who have spent years trying to integrate Russia into the global energy industry, all of these setbacks are hard to take. "We used to think of the energy sector as something that could draw the west and Russia together," says Matthew Sagers, senior director of Russia & Caspian Energy at IHS. "Now it's a battleground."

One restriction that many see as inevitable if tensions between Moscow and the west increase is a ban on the export of gas technology. That could endanger Russia's ambitions to become a major exporter of liquefied natural gas. The country wants to increase its LNG production from 10 million tonnes per annum to 35-40 mtpa by 2020, and more than double its global market share to 10 per cent.

To achieve that, it is planning a series of vast LNG plants across the country. Novatek is working with Total SA and CNPC on a $27bn facility in Yamal, inside the Arctic Circle, and Rosneft aims to produce LNG jointly with ExxonMobil in Russia's far east.

But the US holds most of the licences for liquefaction technology. Analysts say a ban on its transfer to Russia could scupper projects like Yamal LNG. "It would squash it like a bug," said one western consultant who has been in discussions with US officials. He added that other restrictions under discussion included a ban on oil refining technology, and even an embargo on refined oil products from Russia.