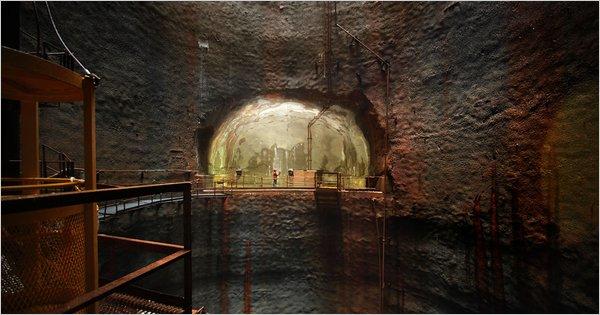 Singapore has launched the first phase of an underground oil storage terminal comprising five caverns with the capacity to hold a total of 1.47 million cubic metres of crude and condensate, and nine km of tunnels.

State industrial landlord JTC Corp invested a total of S$1.7 billion to develop Southeast Asia's first underground oil terminal including $950 million for the caverns located 150m below Jurong Island's energy and chemicals hub. (US$1=S$1.25). Located 130m under the seabed, two of the operating caverns have been leased to Jurong Aromatics Corporation to store condensate while the other three are due to start up in 2016.

JTC Corp began planning for the project in 2000 in response to the oil and petrochemical industry's growing demand for land on an increasingly congested Jurong Island. JTC Corp launched construction in February 2007 just as China, South Korea, Malaysia, Indonesia and the Philippines started expanding their oil, gas and chemical storage capacities.

At the project's official launch on Tuesday, Singapore's Prime Minister Lee Hsien Loong described its development to free up the use of 60 hectares of open land as innovative, challenging and rewarding. By undertaking this "risky and expensive" venture, he said Singapore underlined its resolve to remain a world-class oil and petrochemicals hub despite its lack of land and growing competition from the region.

"As a small city state, we are constantly pushing boundaries in our quest to overcome our scarce land resource. The Jurong Rock Caverns required us to venture into unfamiliar grounds and surmount engineering challenges never encountered before," he said. "Its success attests to our resolve to persevere and diligently deliver innovative and sustainable infrastructure solutions for Singapore."

Apart from doubling the capacity in the cavern's second phase, JTC Corp is planning to build other subterranean projects in Singapore.