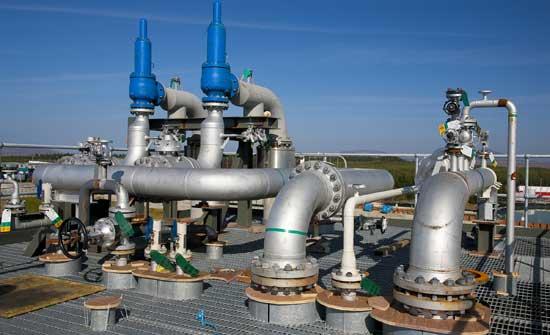 Sinopec Corp is pushing ahead with plans to build China's largest plant to convert coal into synthetic gas, shaking off worries the $10 billion scheme could be hit by cost overruns that have dogged similar projects.

The world's top energy user has made largely untested coal-to-gas (CTG) technology a key part of its strategy to boost the use of cleaner fuels as it battles pollution in its big cities.

With production from conventional gas fields struggling to keep up with demand, China has increasingly relied on imports piped in from Central Asia plus long-term supply deals for liquefied natural gas.

But Beijing aims to dampen its dependence on imports by using gas converted from coal to supply 12 percent of the world's No.4 gas market by 2020, up from virtually nothing now.

Market participants had questioned whether Sinopec would proceed with its 8-billion cubic metres of gas a year CTG plant in the remote northwestern region of Xinjiang after two pilot projects owned by state-run Datang International Power became a government restructuring target due to cost overruns and poor management.

"Sinopec is actively pushing forward the Zhundong project and the Xinjiang-Zhejiang-Guangdong pipeline," said company spokesman Lu Dapeng, adding it would take 4-5 years to build the plant after getting final regulatory approval.

China's second-largest state energy major is finalising feasibility studies for the plant, according to one senior researcher involved in the process.

The studies, which assess the economics of the scheme and address key issues like water-availability and technical know-how, are near completion after almost 16 months of work, he said.

Submitting the studies would be a key step towards winning final government approval.

"Sinopec wants its CTG plan to go ahead," said the researcher, who requested anonymity because he is not authorised to speak with media.

"(It) has decades of experience in petrochemicals, an industry that requires fine management."

CTG technology, similar to that used in apartheid-era South Africa to make oil from coal, uses vast volumes of water and produces a large amount of carbon dioxide. But proponents argue that any carbon emissions would typically be concentrated in sparsely populated regions.

Datang Power in July announced it had entered a deal with a state-asset management company to restructure its coal-to-chemical business, which includes two CTG plants. The segment posted a pre-tax loss of 2.19 billion yuan ($360 million) by the end of 2013, according to Datang's financial report.

The 1.33 bcm/year plant in Inner Mongolia, the country's first pilot, has been running at just over 50 percent of capacity after starting up in late 2013 and after a technical glitch early this year forced a temporary shutdown, according to a Datang official.

Construction at its second plant, in the northeastern city of Fuxin, was halted last year, due to a cash-squeeze and an uncertain market outlook, the official said.

"It's a mix of bad management, lack of know how and other factors like a lack of market access," said the official, who declined to be named due to the sensitivity of the matter.

"We were like the amateurs trying to play the professional game."