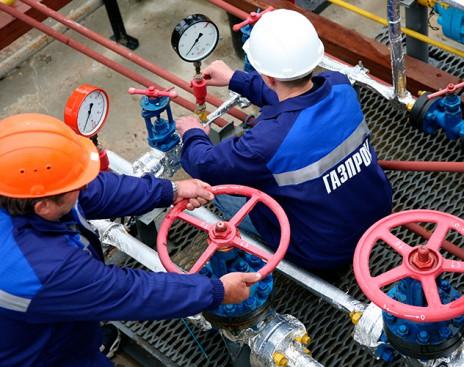 Europeans could be barred from buying new Russian government bonds under a package of extra sanctions over Moscow's military role in Ukraine that European Union ambassadors were to start discussing on Monday, three EU sources said.

EU leaders decided at a summit on Saturday that the direct engagement of Russian troops in the war in eastern and southern Ukraine - still denied by Moscow - called for a stepping up of sanctions imposed so far unless Russia pulled its soldiers back.

German Chancellor Angela Merkel, who led the drive for a tougher EU response, said on Monday that Moscow's behaviour in Ukraine must not go unanswered, even if sanctions hurt the German economy, heavily dependent on imported Russian gas.

"I have said that (sanctions) can have an impact, also for German companies," Merkel told a news conference in Berlin.

"But I have to say there is also an impact when you are allowed to move borders in Europe and attack other countries with your troops," she said. "Accepting Russia's behaviour is not an option. And therefore it was necessary to prepare further sanctions."

The leaders asked the executive European Commission to prepare further measures within a week, building on steps taken at the end of July, which targeted the energy, banking and defence sectors.

"I'm hearing that a ban on buying Russian government bonds could be in the next package," an EU official familiar with the preparations said.

Tighter restrictions on dual use technologies with military as well as civilian applications could also be included, along with curbs on advanced energy exploration equipment, the official said.

An EU diplomat said ambassadors of the 28 member states would hold a meeting on Monday at 1300 GMT to start work on a "significant" package of steps, though no immediate decisions were expected. A further meeting is set for Wednesday.

The leaders said the Commission should include in the sanctions "every person and institution dealing with the separatist groups in the Donbass", potentially leaving a very broad area that could be targeted. The Donbass is the industrial region of eastern Ukraine where separatists are active.

However several EU countries heavily dependent on Russian gas, including the Czech Republic, Slovakia and Austria, are opposed to new sanctions, which require unanimous agreement.

"Until we know what is the impact of the already imposed sanctions, it makes no sense to impose new ones," Fico said. "I reserve a right to veto sanctions harming national interests of Slovakia."

EU diplomats said the main thrust of new steps could be financial because that would hit the Russian government rather than citizens. It could be coordinated with the United States, whose measures have focused on the financial sector.

Two diplomats said they did not rule out a ban on the purchases of Russian sovereign bonds to make it more difficult for the Russian government to finance itself on markets.

The measure, however, might have little direct impact on Russia in the near term, as it has limited borrowing needs. Rich from oil and gas revenues, Russia has cancelled many domestic bond auctions as the Ukraine conflict has pushed up its borrowing costs above acceptable levels.

It has halved its domestic borrowing plans to 435 billion roubles ($12 billion) this year and has already raised more than half of that lower sum. Foreign buyers so far accounted for a quarter of the sales.

Russia has no plans to tap foreign markets this year. It still plans to raise $7 billion abroad in 2015, but the Russian finance ministry has said the borrowing may not be needed. The ministry did not return calls asking for a comment on Monday.

"It is impossible to tell the impact until we know the specific measures, if any," said Jan Dehn, head of research at emerging markets focused fund manager Ashmore Investment Management in London.

"But we can see from the PMI number today that Russia has considerable resilience. It also has high reserve levels, low debt, and a flexible exchange rate. By contrast, Europe's economy seems to be crumbling," Dehn said.

In July, the EU banned Russian state-owned banks from raising capital or from borrowing in EU markets.

Moscow has retaliated against sanctions by banning most food imports from Europe and the United States. One risk of a ban on buying Russian sovereign bonds is that the Kremlin could hit back by dumping European government bonds, of which Russian state institutions have significant holdings.

Asked about whether Russia could be cut off from the international money transfer system known as SWIFT, one diplomat said the idea had been floated several months ago, but that there was opposition to it among several EU countries.

"The problem is that while it would probably work well in the short-term, as in the case of Iran, in the long-term it would trigger the creation of an alternative system to SWIFT and the setting up of two alternative world transaction systems and nobody wants that," the diplomat said.

The July sanctions also hit equipment for the oil and defence sectors, and the sale of "dual use" technologies to military end-users. That restriction could now be broadened.

But the new package could also include high technology for gas excavation, another EU diplomat said.

"It would make sense to target high-tech gas technologies when it comes to possibility of further sanctions against Russia as it would impact Russia's gas project signed with China," the diplomat said.

Russia signed a $400 billion gas deal with China in May and started the construction of one of the world's biggest pipelines to deliver it. One aim of the deal is to lessen Russia's reliance on European customers.