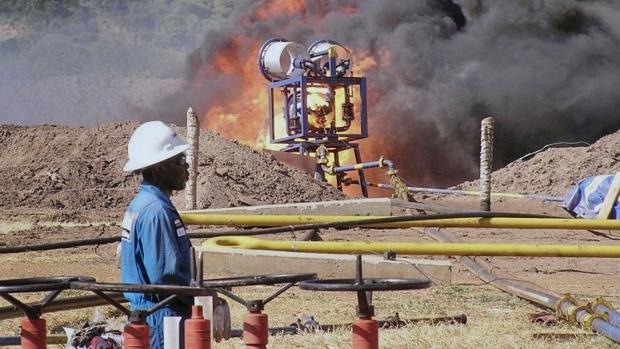 The east African country discovered commercial hydrocarbon deposits in the Albertine rift basin that straddles its border with the Democratic Republic of Congo in 2006.

Production has been repeatedly delayed since then by contractual disagreements, tax disputes and infrastructure setbacks and is now expected from 2017.

In a speech seen by Reuters on Friday, Ernest Rubondo commissioner for the energy ministry's Petroleum Exploration and Production Department, said only 40 percent of the basin had been explored so far and that estimated recoverable oil stood at 1.4 billion barrels.

Production of the discovered oil could last 20 to 30 years, and even more oil could be found, Rubondo said.

"Since additional exploration and appraisal is expected ... this could lead to additional resources being discovered in the country, hence prolonging the production period," Rubondo said.

Rubondo said Uganda was preparing for "open competitive licensing rounds" for the remaining acreage in the basin, but did not yet have a time frame for the process.

Ugandan officials say they aim to get better terms from explorers in future oil deals now that the country's exploration risk has been diminished by the discovery of more commercially viable oil deposits.

In a separate statement, the energy ministry said on Friday that the country had some 500 billion cubic feet of natural gas.

Ugandan oil officials have long suspected the presence of gas traces, but on Friday they confirmed publicly for the first time the existence of commercial natural gas deposits.

East Africa has been a focus of hydrocarbon exploration after substantial crude oil deposits were found in Kenya, although commercial viability has yet to be established. Major gas reserves have been discovered in Tanzania and Mozambique.

London-listed Tullow Oil, France's Total SA and CNOOC of China, are exploring for oil in Uganda. Tullow has estimated Uganda could earn up to $50 billion from its oil reserves.