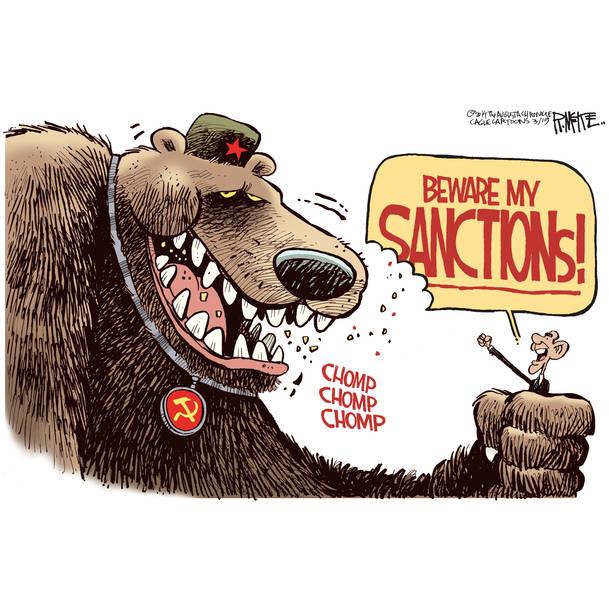 The United States is considering limiting hi-tech exports to Russia's Arctic oil and gas industry as part of plans to strengthen sanctions against Moscow over the crisis in Ukraine, a U.S. envoy said on Wednesday.

On the eve of a NATO summit in Wales, the United States is expected to join the European Union in imposing new sanctions on Russia after EU leaders agreed at the weekend that the direct engagement of Russian troops in Ukraine in support of separatist rebels merited such a step.

"We are looking at further tightening of restrictions on energy exports and the licensing of hi-tech exports, not only to the energy sector but specifically to Arctic oil and gas," the U.S. ambassador to the European Union, Anthony Gardner, told Reuters in Brussels.

Russia, the EU's main energy supplier, has some of the world's largest undiscovered oil and gas deposits off its coasts and its energy ambitions could be jeopardised by sanctions.

Gardner said the United States was working in close cooperation with the European Commission, EU ambassadors and EU leaders on the next steps to pressure Russian President Vladimir Putin into a political solution in Ukraine.

In the early stages of the conflict in Ukraine, the United States moved more quickly than Europe, and President Barack Obama imposed sanctions on some of Russia's biggest firms for the first time in July.

But the European Union has taken firmer steps since the downing of a Malaysian airliner over rebel-held territory in eastern Ukraine.

Following the EU leaders' call for stronger sanctions, the European Commission is finalising a draft of new measures, and EU governments will make a decision on the final shape of the package by Friday.

Diplomats have told Reuters that the European Union is considering widening to all Russian state-owned firms a ban on borrowing or raising capital in Europe, as well as barring Russian Defence Minister Sergei Shoigu from entering the EU.

Asked if the United States would also move to limit Russian state firms from financing themselves abroad, Gardner said: "All those options are on the table. We've considered tightening of financial restrictions; you mentioned one of them."

He also said Washington was considering tightening restrictions on military sales to Russia but declined to go into further detail.

Other ideas include an expansion of an export ban on goods that can have both military and civilian use to all potential Russian importers, not just companies in the defence sector as agreed by the EU sanctions package from July.

"Everything is on the table right now," Gardner said.