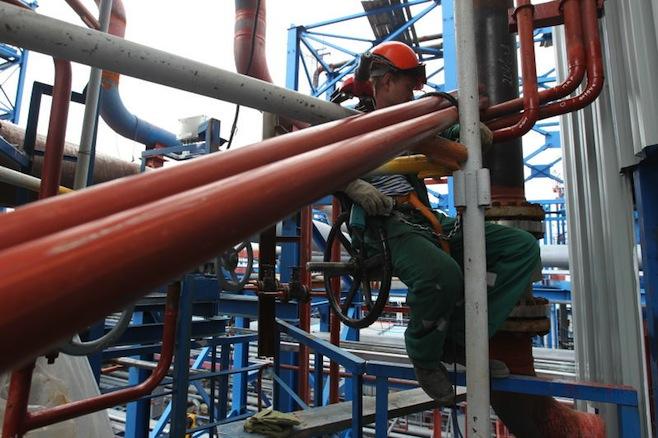 Oil and gas condensate production in December hit 10.67 million bpd, also a record high since the collapse of the Soviet Union.

Exports to China reached a new high of 22.6 million tonnes (452,000 bpd), up 43 percent on the year as Russia seeks to diversify its energy customers.

Russian producers capitalized on rising oil prices in the first half of 2014, when they reached over $113 per barrel. However, they have halved since then.

Hurt by falling oil prices and Western sanctions prompted by Moscow's role in Ukraine, growth in oil output in 2014 slowed from a gain of 1.4 percent in 2013.

Oil and gas fund about half of Russia's budget.

The country's economy is slipping into recession following a fall in oil prices and could see oil output decline to 525 million tonnes in 2015, according to an Energy Ministry forecast.

Top producer Gazprom (GAZP.MM) posted an output fall of 9 percent to an all-time low of 432 bcm due to its pricing dispute with Ukraine, once its second-largest customer after Germany.