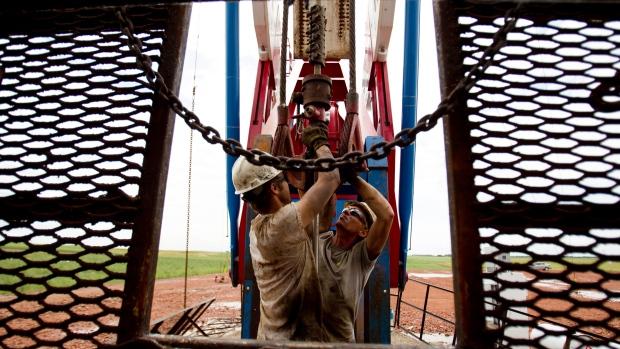 Last year was an ugly one for the U.S. energy sector, and while the first trading day of 2015 pointed to continued weakness in oil, investors are starting to look to when the sector might start to recover.

While the flip in expectations is bearish, analysts say the dramatic decline in the stocks means some investors are going to start looking for buying opportunities.

"It won't surprise anyone to see profits fall, so if you have no exposure this is a good time to step in," said Scott Wren, senior equity strategist at St. Louis-based Wells Fargo Advisors, which has an "equal weight" rating on the sector. "The market is ready for bad news."

Investors didn't flee the group even as it fell in the last three months of the year. A total of 85 energy sector funds tracked by Lipper, a Thomson Reuters company, shows five consecutive weeks of inflows dating to late November, with more than $3.5 billion in inflows.

One of the buyers is Michael Matousek, head trader at U.S. Global Investors Inc in San Antonio, who said he was adding exposure "since these stocks are so cheap right now."

Matousek noted that the pain wasn't spread equally across the sector. Denbury Resources and Noble Corp were two of the worst performers in the S&P 500 last year, losing half their value, while big integrated oil and gas firms saw less severe share price declines. Exxon Mobil fell 8.6 percent in 2014 while Chevron Corp lost about 10.2 percent.

Linn Energy and Civeo Corp issued warnings this week, with both citing how lower prices have led to lower production.

Investors seeing the decline in share prices and concern about overleveraged companies could bet on weaker players getting taken out by bigger companies. The energy sector has already seen one big deal, in November, when Halliburton Co agreed to buy Baker Hughes Inc for $35 billion.

"You could start seeing M&A take place, since it makes sense for the bigger players to start gobbling up smaller companies," Matousek said. "They've got plenty of cash on hand and can use it to grow if they're not growing organically."

While energy shares are viewed as one of the market's bigger bargains, that comes with bigger risks. The supply glut that has devastated oil prices shows no signs of stabilizing.

"Certain areas of the sector have come down enough," said Joshua Brown, vice president of investments at Fusion Analytics in New York. "The big high-dividend companies, those probably have, but the smaller companies? They haven't seen enough pain."