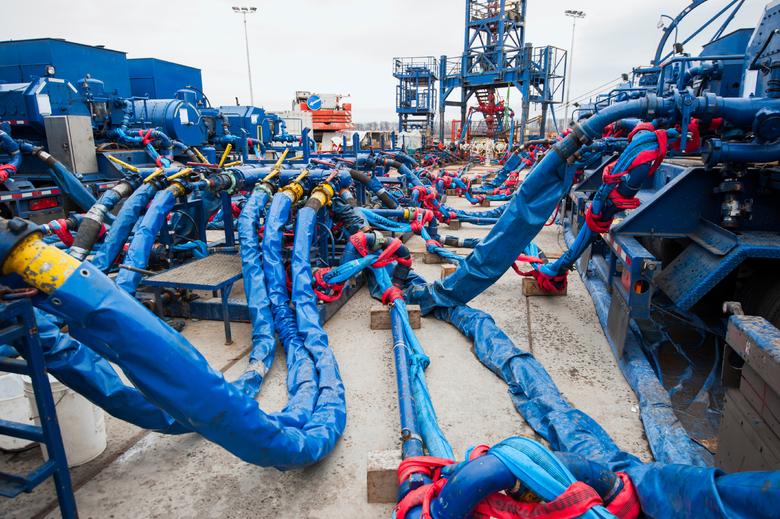 The Ukraine crisis has put security of supply at the top of the agenda, especially in Brussels according to Christine Ravnholt Hartmann, EU Affairs Manager, International Association of Oil and Gas Producers (IOGP), who spoke at Romania Oil & Gas in Bucharest, Romania.

She observed, "It's not nice to use a crisis as a way to push something forward, but I have to say it has been helpful in the fact that I think regulators and policymakers are really concerned about looking at how we can get the best out of the indigenous resources that we have in Europe."

Natural gas demand, she noted, will increase: "You see that from the IEA forecast this year, and the fossil fuels indeed plays a role in the emerging economy: oil and gas is definitely here to stay seen from a global perspective."

She explained, "We need all the resources we can get – and I'm not saying that it should only be fossil fuels, I'm saying everything to meet the demand."

The EU's Security of Supply Strategy, she said, had been published by the European Commission at the end of May, "Pillar 5" being how to enhance indigenous production, both conventional and shale gas.

She remarked, "There's just one problem: There's no activity, or the activity in Europe is really decreasing." This was a big challenge, she said, and a big concern for IOGP.

"The question is, is there remaining potential in Europe?"

Offering a list of prospects, Ms. Ravnholt Hartmann admitted that it is very challenging.

In the Mediterranean she said there is prospectivity around Cyprus, Italy and Greece, but it is tough. Prospects around the Canary Islands she said, are a a no-go to drill.

Of the North Sea, she said, "Production is declining except for Norway; high costs, very complex fiscal regimes make it very difficult to continue producing up there."

Shale gas, she added, can be a prospect in Europe. She showed an ornate map and explained, "We see there are resources to be exploited. The big problem in Europe is we don't have any data to analyze, we don't really know what's down there."

IOGP, she explained, had enlisted Poyry and Cambridge Econometrics to help measure Europe's prospects according to numbers from the International Energy Agency and others.

"What we found out from this report is that the potential shale gas in Europe is about 2,000 TCF, but it has to be narrowed down to the potential technical resources, which is 500 TCF.

"If you add the European legislative regime, I would say that it is probably more likely that we have 125 TCF of potential in Europe," said Ms. Ravnholt Hartmann.

She said that Europe consumes 15 TCF/annum of which 11 TCF is imported. "This means that shale gas could deliver up to 6 TCF per year, but that would be in 2035 when we would be at the peak of drilling activities according to this scenario."

The positive side effects, she said, are 1.1 million jobs provided in Europe, and some price reduction.

"This scenario would mean that we would have to drill around 50,000 wells over the next 30 years. But is there a political will to do this?" she asked before showing a map of Europe.

She said it has been very interesting for her to follow the debate on this for the last couple of years, offering, "Two years ago we saw a total negative approach from the EU decision makers, only focusing on the environmental risks – 'How can we manage these risks?' was the question, over and over again.

"But I think as we kept on discussing with the policymakers the atmosphere somehow turned towards more skeptical/neutral people. They started to see that there could actually be some prospects here, some potential," she recalled.

The map, she said, reflected the political landscape regarding shale, with Germany in green, showing promise despite the fracking ban.

"No doubt the UK and Poland are the pioneers, and I think the EU decsionmakers are looking to those two countries to see how they handle the situation."

Then, there is Denmark, where an exploration well will be drilled next year.

"Romania," she remarked, "also has great potential: 51 TCF I've read, but I've heard it's not as easy as it might look.

"There's a saying that in the US they produce shale gas, and in the EU they produce reports about shale gas," quipped Ms. Ravnholt Hartmann, who said something had come out of European consultations – recommendations.

She explained, "It's like a list of recommendations that member states should implement, but they are not legally bound to do that; it's an invitation to member states to implement this long list of, I would say, good practices."

Meanwhile, she reported that a network on shale gas is being established, based on science and technology, which was kicked off on 8 July. "All the stakeholders: academia, NGOs, industry, regulators are invited to join this network to provide data, knowledge, share information. Hosted by the Commission, there are two workgroups: one on new technology, one on pilot and exploration wells in Europe."

She urged delegates in attendance to join the network, which can be found on the Commission's website.

In August 2015, she said, the European Commission is expected to come out with a report on whether future legislation is needed for shale gas. The EU, she said, had wanted to have binding legislation instead of recommendations. How far member states have got in implementing those recommendations will be published in a scoreboard, she added.

"IOGP tried to argue that we already have in place a very sophisticated legislative framework on conventional and shale gas operations in Europe – 17 directives are in place."

She said her organization had asked whether it was important to add more legislation to a sophisticated framework.

Finally, Ms. Ravnholt Hartmann noted that with the new European Commission in place headed by Jean-Claude Juncker, who had said he would like more legislation on shale gas during his campaign.

She contended that the 17 directives should suffice.

"If we actually have the political support and can drill these wells this could actually bring significant stimulus for the European economy," concluded the IOGP's Christine Ravnholt Hartmann, who also mentioned the importance of establishing public trust towards unconventional gas.