5TH ANNUAL INTERNATIONAL CONGRESS AND EXIBITION "HYDROPOWER CENTRAL ASIA AND CASPIAN 2021"
The 5th Annual International Congress and Exhibition: Hydropower Central Asia and Caspian 2021 is a professional venue for business and government representatives to exchange experience and consolidate efforts for successful development of investment projects on construction and reconstruction/modernisation of hydropower plants in the region.
Русский | English

SCOTLAND WIND POWER 10 GW
In October 2020, the Scottish government raised its target for offshore wind power capacity by 2030 from 8 GW to 11 GW.
English 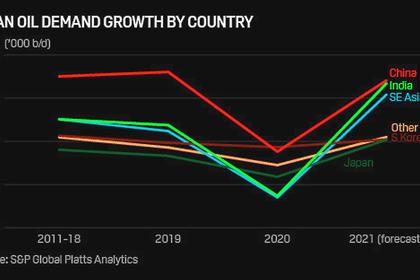 CHINA OIL THROUGHPUT UP
On a metric tons basis, the December throughput went up 2.8% from November and 2.1% from a year ago to 60 million mt.
English
All Publications »
Feedback: