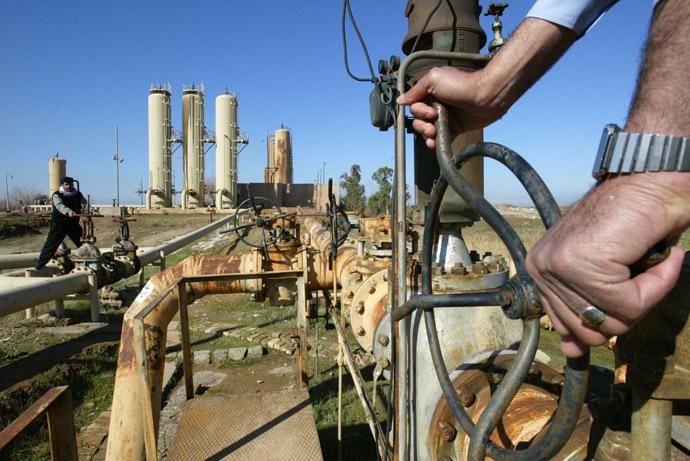 Oil supplies in Iraq and Russia surged to the highest level in decades, signaling no respite in early 2015 from the glut that has pushed crude prices to their lowest in five years. Russian oil production rose 0.3 per cent in December to a post-Soviet record of 10.667 million barrels a day, according to preliminary data e-mailed yesterday by CDU-TEK, part of the Energy Ministry. Iraq exported 2.94 million barrels a day in December, the most since the 1980s, said Oil Ministry spokesman Asim Jihad. The countries provided 15 per cent of the world's oil in November, according to the International Energy Agency.

Oil slumped 48 per cent in London in 2014, the steepest decline since the 2008 financial crisis, as the Organisation of Petroleum Exporting Countries refused to pare output in response to the highest US oil production in three decades. Russian Energy Minister Alexander Novak, who met with some OPEC members in November, said the nation will maintain output this year and expects prices to stabilize.

"With the latest news from Russia and Iraq, the focus on rising supply remains a key negative driver for oil," Ole Sloth Hansen, an analyst at Saxo Bank A/S in Copenhagen, said yesterday by e-mail. Brent crude futures, at about US$56 (RM197) a barrel yesterday, may slip below US$50 this year, he said.

Tags: RUSSIA, IRAQ, OIL, PRICES
OIL PRICE: NOT ABOVE $76 YET