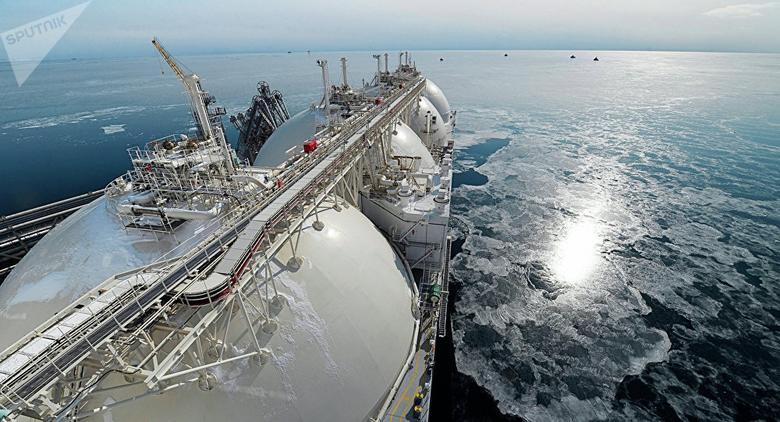 Russia announced state aid for a major energy project on Wednesday under a drive to shore up strategic firms as well as public faith in its banking system during an economic crisis deepened by Western sanctions.

The government said it had allocated 150 billion roubles ($2.5 billion) to support the Yamal liquefied natural gas (LNG) project in the Russian Arctic, taking the total bill for state aid promised to firms in the past few days to over $5 billion.

On top of the help for Yamal - which is controlled by the Novatek firm but also has Western and Chinese shareholders - Russia has announced support for the state railways and two banks: the country's second-largest, VTB, and Gazprombank.

Russia is sliding into recession as the international price of oil, its main export earner, tumbles while the rouble has lost over 40 percent against the dollar in 2014.

At the same time, sanctions imposed by the European Union and United States over Moscow's role in Ukraine have effectively locked Russian firms out of global capital markets.

This has made them increasingly reliant on state aid during the crisis that is threatening the overall economic stability on which President Vladimir Putin's popularity partly rests.

Putin has said domestic banks should be helped to boost lending to important projects. "We have a large amount of internal savings, they should become effective investments," he said in his annual state of the nation speech earlier in December.

Officials also appear keen to bolster confidence in leading banks and avoid the kind of panic which sent the rouble down as much as 20 percent in just one day earlier in December.

The aid is coming from the National Wealth Fund (NWF), one of two sovereign funds financed from oil taxes, which held around $80 billion at the start of December. It was intended to support the pension system but has become an important source of emergency financing for companies hit by the sanctions.

During the global financial crisis of 2008/2009, the Russian government and the central bank also injected large sums into top banks and enterprises, including VTB and Gazprombank. This time, help is focused more heavily on businesses controlled by some of Putin's closest allies.

For instance, Novatek is co-owned by Gennady Timchenko, whom the United States accused in March of possibly having joint business interests with Putin.

The government plans to channel its support for the wider economy via "strategically important" banks such as VTB and Gazprombank, and this is unlikely to be the last time their capital is boosted.

The Yamal project - in which Total of France and China's CNPC also hold stakes - is crucial to Moscow's drive to increase its share of the lucrative global LNG trade, as well as finding new buyers such as China to diversify away from its traditional European Union gas customers.

Gazprombank said the government had bought its preference shares using money the bank had returned to the NWF by repaying subordinated deposits it had received earlier.

"The conversion allows the bank to strengthen its capital structure and provides for sufficient scope to expand its operations," Gazprombank said. The shares are non-voting and therefore the deal would not affect the rights of current shareholders, it added.

VTB said it expected a further 150 billion roubles by the end of the first quarter of next year to increase its capital and fund investment projects approved by the government.

Russian banks are reeling from the rouble's plunge, which led to heavy deposit withdrawals as citizens rushed to convert their savings into hard currencies, while domestic firms have seen the cost of servicing their overseas debt leap.

Last week, the authorities significantly scaled up rescue funds for mid-sized lender Trust Bank, saying they would provide up to $2.4 billion in loans to bail it out.

The banking sector is set to receive an additional capital boost of up to 1 trillion roubles from early next year after Putin signed into law legislation allowing the government to give banks OFZ treasury bonds via a state corporation.

It is not clear which banks could benefit from that law, but VTB and Gazprombank are seen as contenders as they are considered systemically important. Top bank Sberbank would probably receive any support via a different route, most likely a subordinated loan from the central bank, since the regulator is its main shareholder. ($1 = 59.5720 roubles)