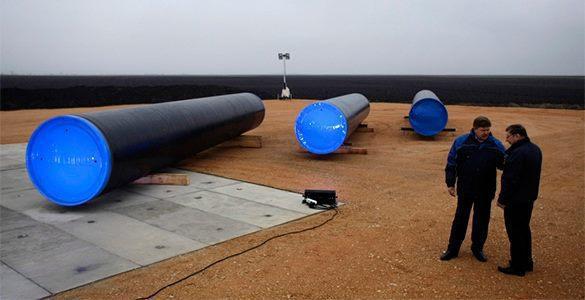 Russia and Turkey should concentrate their efforts to create a new gas pipeline project that would serve as a substitute for the abandoned South Stream project, Turkish Ambassador to Russia told Sputnik Radio Turkey Wednesday.

"Currently there are no projects that can substitute the 'South Stream'. We now have to work hard on it together," Yardim said.

Yardim also noted that energy cooperation with Russia was of strategic importance for Turkey, stressing that the sides are discussing potential routes for a new Black Sea gas pipeline.

On December 1, Russian President Vladimir Putin announced that Russia was unable to continue with the South Stream gas pipeline project due to the European Commission's opposition to the project.

Following the suspension of the South Stream project, Russia's energy giant Gazprom and Turkish Petroleum Pipeline Corporation Botas signed a memorandum of understanding on the construction of a Black Sea gas pipeline through Turkey with an annual capacity of 63 million cubic meters. According to the Gazprom CEO Alexei Miller, a total of 14 billion cubic meters a year will be supplied to Turkey while the rest will be pumped to a hub on the Turkish-Greek border to be delivered to Gazprom's customers in Southern Europe.

The construction of the South Stream pipeline across the Black Sea was announced by Gazprom back in 2012, with the intention that it would insure against potential delivery interruptions due to instability in Ukraine, through which the bulk of Russian gas to European customers is piped. The pipeline was expected to be operational by 2018.