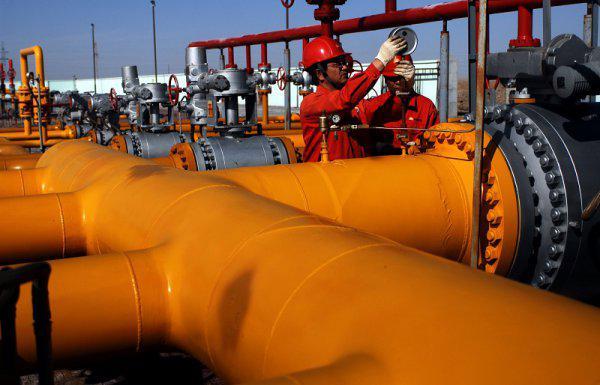 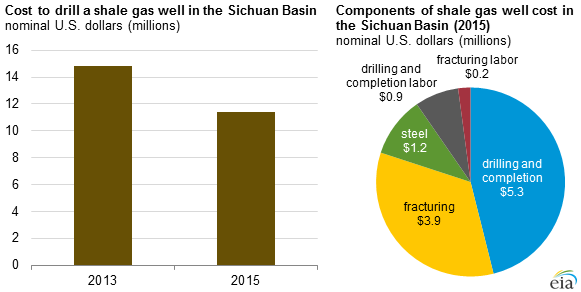 Decreases in the cost to drill shale gas wells and continued investment into domestic production have allowed China to increase its development of shale gas. Although reliance on natural gas imports has increased in the Chinese energy market, future shale gas production in China would help to meet natural gas demand as the country faces difficulties in developing other natural gas resources, including coalbed methane (CBM).

Over the past 25 years, China has attempted to develop its substantial CBM resources, estimated by China's Ministry of Land and Resources (MLR) at more than 1,000 trillion cubic feet (Tcf). Currently, there are more than 20,000 wells producing a total of 0.36 billion cubic feet per day (Bcf/d) of CBM in China. However, CBM well productivity in China is significantly lower than in countries such as Australia and the United States. CBM development in China has focused on the Ordos and Qinshui Basins of Shanxi Province. Although these two basins are considered to have China's best geologic conditions, they still face significant geologic challenges (low permeability, under-saturation) that reduce well productivity.

The difficulties faced in increasing CBM output have led China to increase its development of shale gas resources, taking a similar path toward shale development as it did with CBM. China's technically recoverable shale gas resources are estimated at 1,115 Tcf. The part of these resources that become economically recoverable resources will depend on the market price of natural gas from foreign sources, including both pipeline gas and liquefied natural gas, as well as the capital and operating costs and productivity of shale gas production within China. In the past four years there have been more than 700 shale gas wells drilled in China, reaching production levels of 0.38 Bcf/d.

As Chinese companies gain experience producing from shale, the cost of shale gas drilling has declined. By mid-2015, the cost of drilling a horizontal well in shale formations in the Sichuan Basin was between $11.3 million and $12.9 million per well, according to China National Petroleum Corporation's Economics and Technology Research Institute. This range was a 23% reduction in the cost of a shale gas well compared with the level in 2013 reports from Sinopec, one of China's national oil companies. 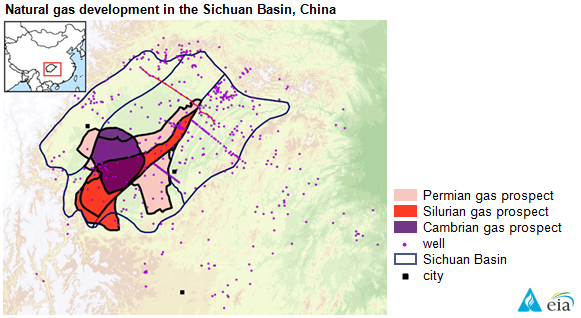 China has invested heavily in joint ventures in U.S. shale plays—China's financial involvement represents 20% of total foreign investment in U.S. shale plays. This investment likely has provided China with valuable expertise that can be applied to its own domestic production, helping to lower well development costs.

Decreasing well costs and increasing experience in developing shale gas have been supplemented with continued government investment in the development of shale gas. In 2012, to encourage the exploration of shale gas, the Chinese government established a four-year, $1.80 per million British thermal units subsidies program for any Chinese company reaching commercial production of shale gas. In mid-2015, these subsidies were extended to 2020, but at a lower rate.

While several international companies are actively working to develop shale gas in China, much of the effort has been led by Sinopec and PetroChina, two of China's national oil companies. Initial shale gas development has been focused on the Longmaxi formation in the Sichuan Basin, which is estimated to hold technically recoverable volumes of 287 Tcf. According to MLR, Sinopec and PetroChina are on schedule to reach 0.6 Bcf/d of shale gas production by the end of 2015. Although still a small fraction of China's overall production, estimated at 13.0 Bcf/d in 2014, increasing shale gas output could eventually help to meet growing demand for natural gas in China and to limit growth in the country's natural gas imports.