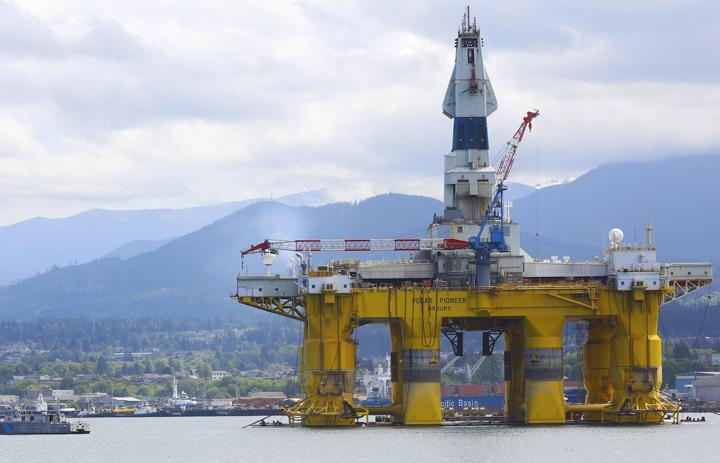 The oil giant is to halt drilling at the Burger J well in the US Arctic, saying it can't justify the expense due to low oil prices. Shell only won the controversial permission to explore the icy waters last month.

Drilling efforts are to end for the "foreseeable future," Royal Dutch Shell said in a statement on Monday, blaming the "high costs associated with the project."

The surprise move came just a month after it won a new permit to explore the Arctic waters off Alaska in the Burger J well in the Chukchi Sea, despite opposition from environmental groups and disagreement among some Democrat party leaders.

Shell halted drilling in the area three years ago after a rig ran aground, leading to a temporary ban on exploration activities in the Arctic.

But the company had appeared eager to restart the drilling, saying in August that it would complete a first well before the end of the summer.

The Anglo-Dutch oil giant said on Monday it did not find sufficient amounts of oil and gas in the well, located 240 kilometers (150 miles) from the city of Barrow, to warrant further exploration. Barrow is the US's northernmost city .

Analysts said Shell was taken aback by the outpouring of support for Greenpeace's Save The Arctic movement, which campaigned to stop the controversial drilling.

The company also blamed the federal regulatory environment in offshore Alaska, and is expected to take a write-down of 3.5 billion euros ($4.1 billion.)

"The area is likely to ultimately be of strategic importance to Alaska and the US. However, this is a clearly disappointing exploration outcome for this part of the basin," Shell added in a statement.

The Arctic is estimated to hold about 22 per cent of the world's remaining oil and gas reserves underground and underwater, according to the US Energy Information Administration.

Shell has spent 6.2 billion euros ($7 billion) hunting for offshore oil wells, according to the Washington Post.

Environmental groups say drilling in the far north of Alaska is dangerous and the harsh conditions increased the potentials for accidents. In July, Greenpeace staged an unusual protest against exploration in the Arctic, by dangling themselves off a bridge in Portland, Oregon.

Campaigners have called on US President Barack Obama to ban all drilling in the American Arctic.