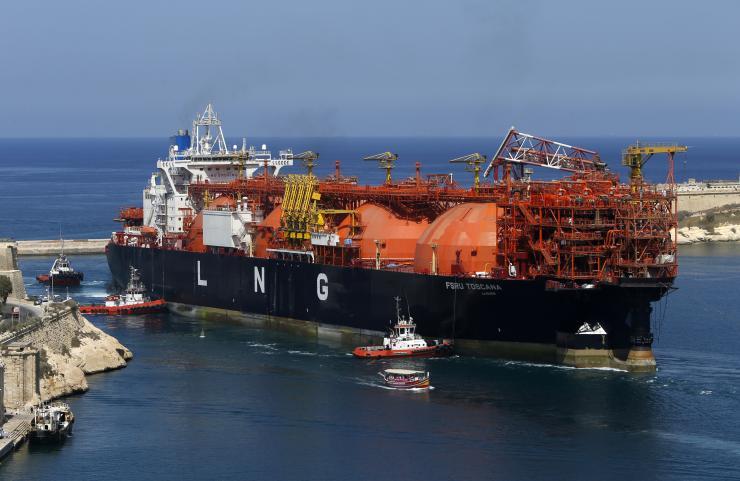 Long term, US LNG, will be cheaper on a cost basis than LNG from most of the rest of the world, according to Kimball Chen, Chairman, Energy Transportation Group.

Mr. Chen, who advises governments and buyers of LNG about strategy and commercial aspects, pledged to look at US LNG in the context of different cost levels of different producers, different levels of irrationality, or pricing and revenue pressure for different sellers in his presentation at the 25th Economic Forum in Krynica, Poland in a session entitled "LNG: New Market Opportunities in the Region."

He offered: "The basic cost elements of US LNG are the cost of the gas, the cost of getting the gas to a coastal location where there's a liquefaction plant, the cost of liquefying, and the cost of shipping it."

He noted that the US is one of the only places in the world which has numerous owners of gas reserves, along with quite a large and liquid transportation system. "Most of the other big supply basins are dominated by national companies who use national and government strategy as a primary determinant of their economics," he said. "But in the US, you can buy gas – it's a buyers' market."

For example, Mr. Chen said it is possible to buy proven Marcellus shale reserves for less than $1/mmBtu. "To produce it, treat it and get it to a pipeline that will take it to a coastal liquefaction site is probably $1 – so for less than $2/mmBtu you can get gas into a liquefaction plant."

Depending on the plant location and effectiveness of procurement, he said it costs $2.50-3.50 to liquefy such gas.

"To get it from the US Gulf to Northwest Europe is about $1.10-1.20 in shipping depending on the shipping costs, financing and so forth; to get it there from the Northeast US or East coast of Canada is $0.80-0.90, so there's a twenty to thirty cent differential."

He noted that there is a 5-10% advantage by liquefying in the northeast, because of colder ambient temperatures, so liquefaction plants are more efficient in colder temperatures.

"So when you look at all these cost elements and you look at the cost of LNG you ask yourself 'what's the lowest price that I, as a European buy entity, could achieve if I had a critical mass of demand that I was willing to put out for a bid for long-term LNG?'"

Mr. Chen opined that a European buyer that wanted to achieve the lowest cost for long-term LNG from the US market would likely want to consider buying reserves, committed pipeline capacity and either working in partnership or taking control of a US liquefaction site that has good permitting prospects, and doing a tough-minded procurement.

"In that case, you could probably achieve a long-term delivered price of $8/mmBtu or less, long-term. If Cheniere were willing to sell to you because they have spare capacity, and all their primary liquefaction is paid for by their baseload customers, they could sell you marginal spare capacity much cheaper.

"They've said publicly that they could sell LNG into Europe medium and long-term for $7/mmBtu, but then they of course want to profit maximize long-term, so they might not necessarily sell their marginal capacity at $7."

"If you want to go into the market now, this is a very good time for all elements: feed gas, pipeline capacity, liquefaction, mobilization and shipping costs are low – there's excess shipping capacity; financing costs are low."

As an expert, Mr. Chen stated: "I would tell you, this is a good time to go."

He also outlined the strategic and commercial aspects of LNG, noting that many used LNG as providing additional negotiating strength for dealing with traditional suppliers like Gazprom or Statoil, or may use spot LNG to provide peak supply when it is cheap. "So it's an economic tool and possibly a scheduling tool. It's harder with pipelines to have volatility in quantities; it's easy to suddenly drop a lot of LNG into fairly unused terminals."

In Lithuania, LNG has a role as a price cap, suggested one speaker in the session.

Mr. Chen explained: "If there's a sufficient quantity of LNG potentially available for the European market, the average price of that LNG that is available acts as a cap on what pipeline suppliers will be successfully able to negotiate with European buyers."

He promised to dissect that concept a bit further, explaining the pricing policy of people who sell LNG. "That pricing policy is partly economic and it's partly irrational and sometimes politically driven. The basic economics of producing LNG are: find and produce the gas, treat the gas, liquefy it, transport it.

"Who controls those decisions? It's sellers: sovereign governments in many countries, together with international partners – often international oil corporations. What are their objectives? How do they make pricing decisions?" he queried.

For example, he said that Australian LNG projects will have a lot of LNG coming onstream.

"The developers of those projects reached and committed to final investment decisions, the money has been raised, they've started building... That volume will be on the market. However, that LNG is very expensive from a cost point of view."

Many people, he said, speculate that some of the more expensive Australian projects such as Ichthys or Prelude require break-even pricing of above $14/mmBtu.

Mr. Chen commented: "If that's their cost position, and these are being developed by commercial entities, they won't want to sell below cost unless they have no other way of getting revenue, because LNG is based upon continuous production – you can't stop and start; they can't 'leave it in the ground.' They still have to amortize their debt."

That means, he said, that even for a commercial entity the decision on how to price quantities is sometimes not based on cost recovery, a similar situation for governments.

"Look at Qatar," he quipped. "Most of its volumes go to the Far East. The traditional long-term contracts that they did with Japan at the beginning of the 1990s are at a certain price level – they're oil indexed."

He asked whether Qatar would sell sufficient quantities to other buyers on a basis which yields a substantially lower price than to their Far East customers. "Would it make those customers force a renegotiation? That is a serious marketing issue," said Kimball Chen.