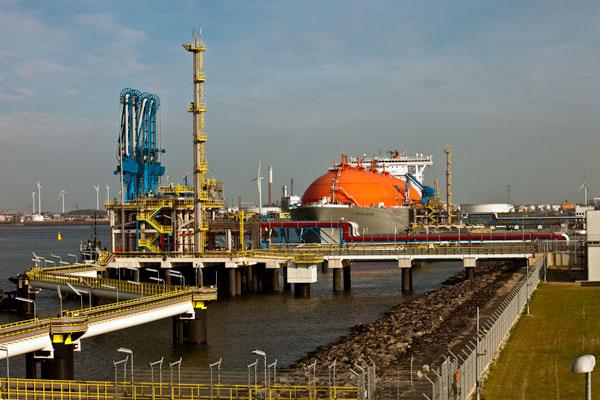 The document is part of the European Commission's efforts to enforce a single energy market, based on regional cooperation and diverse sources of energy shared across the 28-member bloc.

In a progress report later this month, Maros Sefcovic, European Commission vice president responsible for energy union, will deliver "a state of the union address".

A draft copy, seen by Reuters, says the Commission will early next year announce a strategy for LNG and gas storage to ensure the EU can benefit fully from its "diversification potential".

It will stress the importance of the fuel in negotiations with the United States on a trade treaty.

At the same time, it referred to a shareholders' agreement between Russian gas giant Gazprom and five European firms to build the Nord Stream II pipeline under the Baltic Sea to Germany, bypassing traditional transit nation Ukraine.

The Commission would assess it "rigorously against the European regulatory framework," it said, and the project would have to comply with environment, competition and public procurement rules.

The document also said it was in everyone's interest that Ukraine remained an important transit nation.

The Commission has questioned the logic of expanding Nord Stream and said it would give Gazprom a dominant position in the German market.

It says the European Union already has pipeline capacity to spare and the expansion will not be eligible for preferential treatment under its Projects of Common Interest system that offers EU money and accelerated planning for strategic infrastructure.

Industry sources say Russian pipeline gas is the cheapest option, but LNG can provide leverage. Lithuania's Klaipeda terminal, which started operating a year ago, curbed the nation's dependency on Russia and allowed it to negotiate cheaper supplies.

Assessing the energy union as a whole, the report will say progress is needed as many governments favour domestic needs over the regional solutions the Commission says improve supply security and reduce consumers' energy costs.

Countries that have failed to meet targets for building energy interconnectors with neighbours include Britain, Italy, Poland, Spain and Portugal.

Britain, together with the Netherlands and Luxembourg, is also lagging on a target to introduce more renewable energy.

The European Commission does not comment on unpublished documents. Environment campaigners criticised it for focusing too much on gas, while the Commission says it wants to cut reliance on fossil fuel.