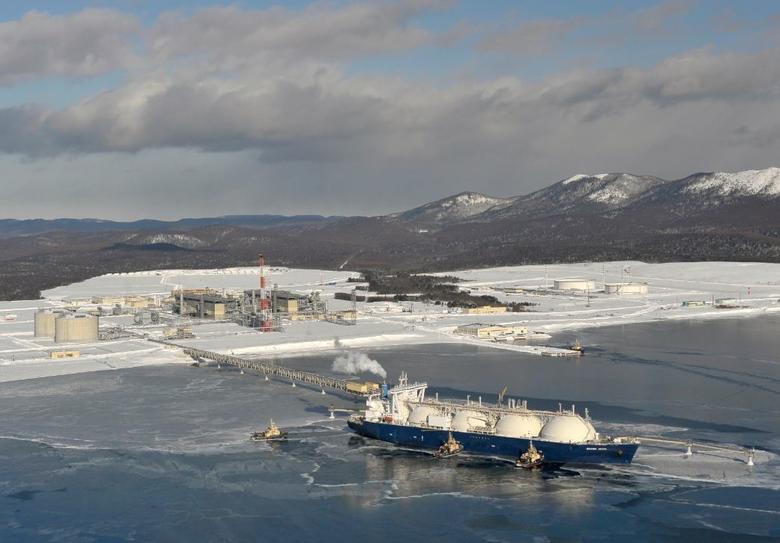 Last week Alexei Miller, head of Gazprom, hosted a meeting with Ken Kobayashi, President and CEO of Mitsubishi Corporation. According to Gazprom's official report, the parties addressed the possible cooperation within the construction of the third line of the Sakhalin II LNG plant.

The long-awaited expansion of the project was proposed only this year: on June 18, 2015, Gazprom and Shell signed an Agreement of Strategic Cooperation at the St. Petersburg International Forum. The so-called Sakhalin III, with 7.4 bcm of additional capacity, is supposed to come into operation in 2021 and provide together with the existing LNG trains some 20.6 bcm.

It is worth mentioning that besides being the only LNG plant in Russia, Sakhalin II is one of the most successful export projects targeting the Asian-Pacific region. The key to success lies in integration: it is managed and operated by Sakhalin Energy Company and its shareholders: Gazprom (50% and 1 share), Shell (27.5% minus 1 share), Mitsui (12.5%), Mitsubishi (10%). So negotiations with the same partners seemed evident for Gazprom, especially with continued uncertainty in the energy market. However, there is considerable potential in the Japanese market following Fukushima which may stimulate greater Japanese interest in the Sakhalin Energy Company. Furthermore, a partnership with Japan that includes large foreign investments would be a helping hand for Russia as it turns to the East.

Even if the business model of Sakhalin III is appealing to Japan, the energy relations between Russia as a producer and Japan as a consumer have many questions, such as whether Japan's demand matches Russia's expectations.

In April 2014, Japan approved the Strategic Energy Plan. Despite the impact of the Fukushima nuclear disaster of March 11, 2011, the nuclear power is likely coming back to the country: restarts of reactors are going to be one of the key challenges. Currently the Sendai Nuclear Power Plant is the only nuclear power plant that was brought online. If the majority of the nuclear reactors are restarted (30 to 35 of the country's 43 reactors to be activated), Japan's demand will fall for an uncertain period of time.

Return to nuclear power is only a part of the wider plan of the country to meet the "energy mix" by 2030. To enhance energy efficiency, Japan is planning to steadily increase the ratio of renewable energy (solar, wind, hydroelectricity, geothermal, biomass), and bring back but lower the dependency on nuclear power – target ratio is set at 18 to 19% of the mix and reduce the consumption of coal, oil, LPG and natural gas. By 2030 the nation is planning to decrease the use of natural gas from 131bcm in 2015 to 92 bcm. This news would hardly make Gazprom happy: by 2025 it is planning to export 101 bcm of gas to Japan and by 2030 reach 105 bcm of export volumes.

Moreover, there is considerable supply potential in the world that Japan can draw upon. The country is trying to mitigate supply disruption and diversify the sources of supply. The competition for Russia is provided by Australia, Papua New Guinea (became a supplier last year), the USA, and, to lesser extent, Canada and East Africa. Again, the Sakhalin II project provides 10% of Japan's gas consumption, but at the same time is the only Russia's LNG option in the Asian market. Of course, Russia could revive the plan of pipeline gas supply – this option would be beneficial for Japan considering low oil prices and the distance between Russia and Japan. It would be beneficial for Russia as well as cheaper piped gas would allow Gazprom to outcompete the LNG suppliers. Nevertheless, Gazprom officials made it clear that this option is not being considered. In this case, Russia has a 5 year window to successfully enter the LNG market and capture a significant share given growing global competition from North America, Australia and North Africa, as well as smaller markets such as Papua New Guinea and Indonesia. Taking into consideration current uncertainty, such as low oil prices sanctions, stagnating European market, high-priced Asian contracts, the challenge for Russia's fledgling LNG industry is great.

Despite the hardships facing Russia in the Asian market, Japan in particular, the countries still need each other. Dr. Ken Koyama, Chief Economist and Managing Director, Institute of Energy Economics, Japan, thinks Japan needs energy supply security based on the reality after Fukushima and Russia needs energy demand security based on new reality in the EU and Asia. Therefore, the cooperation between two countries would be mutually beneficial. The level of this cooperation mostly depends on Russia, which should adjust to the changing Asian market and move towards LNG development instead of numerous high cost pipeline projects.