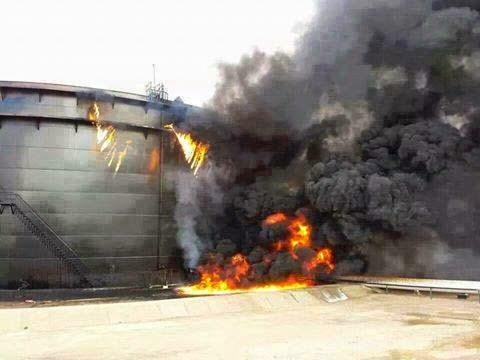 Internal OPEC squabbles are on the rise as members argue about the need to support a fair oil price and boost revenues just as they feel more pain from low crude prices.

A draft report of OPEC's long-term strategy (LTS) carries annotations by Iran, Algeria and Iraq, and suggestions from Iran and Algeria for measures to support prices such as a price target or floor and a return to OPEC's quota system.

Oil prices have more than halved to below $50 a barrel since June 2014 in a drop that deepened after the Organization of the Petroleum Exporting Countries in 2014 changed strategy to protect market share, rather than cut output to prop up prices as it did in the past.

The strategy shift was led by Saudi Arabia, supported by other relatively wealthy Gulf members. Others, including Venezuela, Iran and Algeria, had misgivings and have continued to call for output cuts.

These differences over short-term policy are informing the group's updating of its long-term strategy, the document indicates, and may not bode well for a harmonious meeting on Dec. 4, when OPEC oil ministers meet to review output policy.

"OPEC should be prepared to establish and defend a price floor, in particular, and to accept a temporary trade-off between lower market share and higher revenues," Algeria commented in the draft report.

Top producer Saudi Arabia, however, says the market determines oil prices. The kingdom did not make a comment on the draft report.

OPEC governors, official representatives of the member-countries, are meeting at the group's Vienna headquarters this week to agree on the final draft of the report.

Iran, Algeria and Iraq, among the OPEC countries most hurt by a drop in oil prices, want to include different versions of the need for OPEC to maximise revenues as one of OPEC's first long-term objectives in the report.

They note that discussions among the OPEC governors who have been meeting to agree on the long-term strategy report have not resulted in an agreement on some objectives.

"Maximize long-term petroleum revenue of member-countries and safeguard their interests, individually and collectively, while enhancing the role of oil in meeting future energy demand," was what Algeria suggested as an OPEC objective.

Algeria, referring to OPEC's decision of November 2014 to not cut supply said: "an additional element of uncertainty is represented by OPEC's behavior," according to the draft report.

Iraq, boosting production and exports with the help of foreign oil companies, had its own suggestion.

"OPEC member-countries should determine their own policies regarding the long term strategy (LTS) by creating a model for achieving maximum revenue through a balance between market share and prices," was one of Iraq's comments.

In its comments Iran, which is also preparing to boost exports and regain market share once sanctions are lifted, is also pressing to restore the OPEC quota system dropped in 2011.

The group's output ceiling of 30 million barrels per day (bpd) does not specify quotas for the individual members and that "has not effectively contributed to oil market stability," Iran says.

"OPEC production ceiling should be set for 6 or 12 months intervals proportionate to the estimated "call on OPEC" and then allocation of production for every member country could be agreed upon."

Iran's suggestion was backed by Algeria, which commented that "it might eventually be necessary to revisit the quota system to make production management as realistic and equitable as possible."

The long-term report is prepared by OPEC's research team in Vienna and traditionally cautions that it does not articulate the final position of OPEC or any member country on any proposed conclusions it contains.

A decision to restore OPEC's quota system is to be determined only by the ministers when they meet on Dec. 4, but core Gulf OPEC countries oppose restoring it, OPEC sources say.

RUSSIA UP, SAUDI DOWN