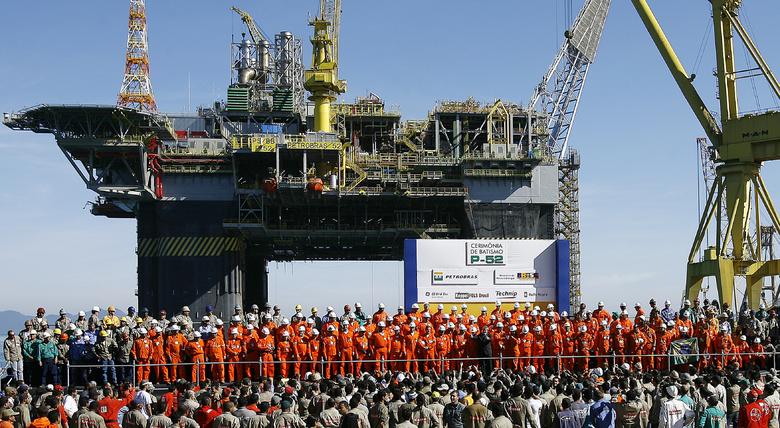 An open-ended strike called by Petrobras workers on Sunday has sunk the company's production by over 10 percent.

Petrobras reported that its production on Monday dropped by 273,000 barrels of oil, or 13 percent of the company's daily production in Brazil.

In addition, 7.3 million cubic meters of natural gas supply was stopped, equivalent to 14 percent of the gas offered daily to the Brazilian market.

The company estimated that its oil production in Brazil fell 8.5 percent by the end of Tuesday and 13 percent of its daily gas production was not being supplied to the market compared to levels prior to the strike.

"With the loss of production, the collection of taxes by the Federal Government, states and municipalities such as Royalties and Participation Especially is directly impacted," the company said.

Petrobras said it is taking the necessary measures to ensure the maintenance of its activities, the preservation of its facilities and the safety of its workers.

The company reiterated that, despite the impact on its oil and gas production in Brazil, its distribution activities are operating within normal range and there is no shortage in the market.

Brazil's largest oil workers union, known as FUP, joined several smaller striking unions on Sunday to protest Petrobras' plans to sell up to $15.1 billion worth of assets and slash its 2016 budget down to $19 billion, a 30 percent reduction.

The unions wants the company's asset sale plans canceled and has called for Petrobras to resume work on refineries, to maintain local content rules and to guarantee that it remains the only operator in Brazil's offshore pre-salt play.

FUP's general coordinator José Maria Rangel said in an online video that the strike stopped the extraction of about 450,000 barrels of oil from the Campos Basin play within its first 24 hours, Reuters said.

Analysts told the news wire that the oil production dip could cost Petrobras about $25 million in revenue per day.